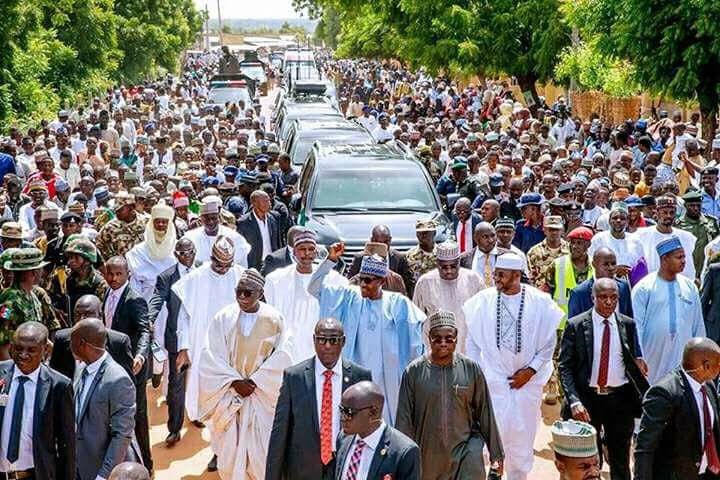 A 75 year old man, carelessly, walks back to his house from the mosque. The route is lined with people and their cheers. The walk becomes a march and the march a carnival procession. And the carnival causes angina in some righteous hearts.

Someone notes that the old man must have stamina and popularity. Another remarks that the distance covered is 800 meters. And yet another concludes that it means the 75 year old is still physically fit. The old man doesn’t utter a word.

But some bang their heads on the walls of their toilets.

“What is 800 meters? Why didn’t he run a marathon? And even if he ran a marathon will that give him a new brain. Or change his wicked soul?”

Neighbors are now worried about their mutterings which started since 2015.

Some of the righteous had said he was dead in London. Some said they could diagnose end stage chronic illness from their television sets. they thought he had a few days left. Now they feign bemusement. Because 800 meter trek in a lousy afternoon perhaps is the story of a man in a vegetative state.

One inveterate liar who wants town a big church in future claimed he had the pictures of the old man lying in a mortuary. Now he thumps his nose at clips of the procession and asks whether we now need the athletics federation of Nigeria to choose our next president.

Baba carelessly goes home on foot from a prayer ground and sets tongues wagging. One of his rivals is jolted by petty jealousy and he suddenly remembers that he jogs kilometers, from the house of one wife to another, everyday.

An old man goes home on foot and a convener of BringBackOurgirls sulks herself into depression. She sneers “ha ha ha, it took a visit to a doctor to survive an 800 meter walk” Bitterness obviously corrodes the brain. Bitterness is a red card to commonsense.

An old man was once pronounced brain dead by righteous people. He walks home on foot and his kith and kin cheer. But those who want him dead bang their heads on stones and bleed. And wonder , ” Just when will this man die?” Amongst them are potbellied lazy youths who cant tie their shoe laces from a sitting position.