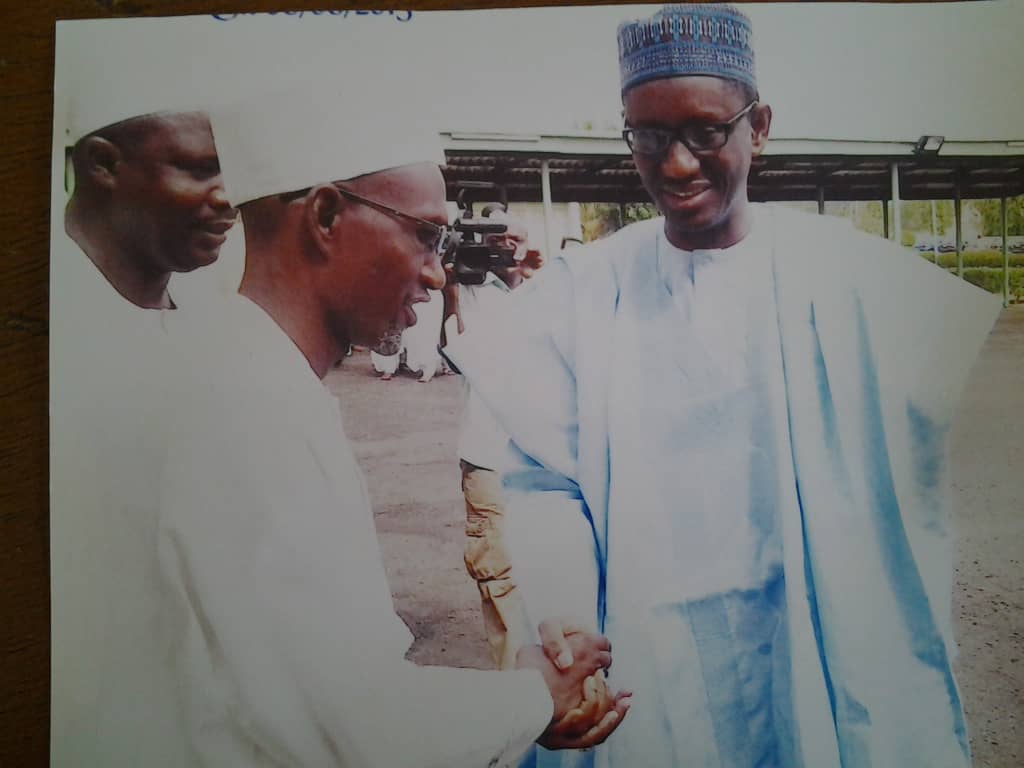 Yours sincerely receiving August visitor to FMC Yola Malam Nuhu Ribadu the globally acknowledged anti corruption tsar an officer who risked his life to sanitise his state and citizenry and to restore global confidence, in business, terms in Nigeria and it’s citizens, among other issues of international relations interest.

Ribadu then, visited to commiserate with the victims of insurgency lying in units of the health facility.

Ribadu would say that he has answers to what ought to have been done than what Bindow has done with the bailouts and the Paris Club refund funds in addition to other allocations and donations to the state.

“Public servants, pensioners and contractors cry of alienation and abandonment, state’s controlled health facilities are summarily dysfunctional. In spite of the water in the river surrounding the state, public taps and in individual houses are not running water other than from the individual sunk boreholes where water vendors go fetching.

Parents can’t pay school fees for their children because themselves aren’t paid for the public services they rendered for some months and no empowerment initiative, though education is made compulsory. The skills acquisition centres a initiative of the Nyako led government, is sent into the coffin of ostracism. These have also affected the economy, hence the revenue generation for the state.” these formed the public lament.

It’s time for Adamawa state to get out of the maze, the anti corruption tsar would say, by getting corruption, clueless and insensitivity out of the state with a view to restoring public confidence in governance, thereby realising the ideal change advocated by APC.

Ribadu would not to Ribadu Square escorted by thugs but to his campaign office state opposite state Polytechnic Yola, on Saturday September 22, 2018,in company of elites and stakeholders with wisdom for the declaration of intention, establishing reasons, persuasively rather than coercively, as to why he thinks he’s the most capable for the party’s ticket to 2019 gubernatorial race.

“The aggrieved by leadership inefficiency and the humiliated by betrayals are invited,” Mustapha Atiku Ribadu would round up for the black cap