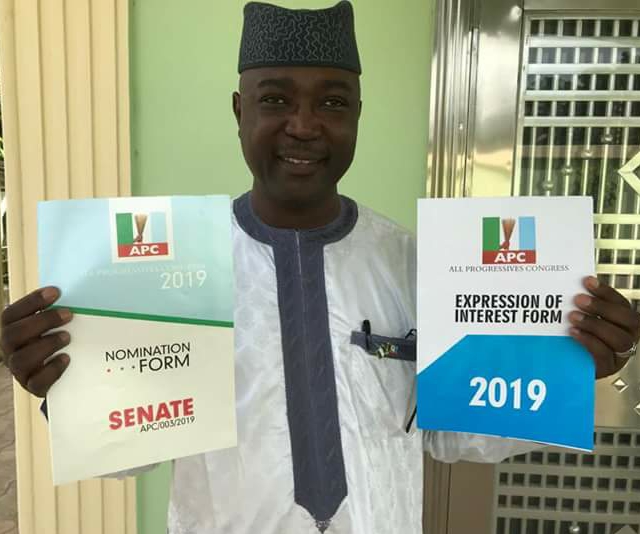 Madagali, Maiha, Michika, Mubi north and Mubi south local government areas, which make up the southern senatorial zone of Adamawa state that was hitherto devastated by the complexity of the complacency to conspiracies for insecurity occasioned by Boko Haram insurgency, is diagnosed to be suffering from malignant cerebro-political meningitis, a clini-senator-political complications resulting from misrepresentation, betrayal of trust, greed and scallywag-aging, which required intensive care management by consultant clinician in politics with a hi-tech superior to polio vaccine facility-manifesto aimed at total eradication of legislative inefficiency.

Dr. Abdullahi Dauda Belel an ambassador of peace with the United Nations- POLAC is the chairman Adamawa State Primary Healthcare Development Agency whose dedication, creativity, foresightedness and intuitiveness joined together, facilitated the upgrading of the status of the primary healthcare in Adamawa state from ground zero to grade swinging between the best and the second best of the rest in the federation.

Without the impact of the primary healthcare strengthened by Dr. Belel, the casualty in the rural areas with the dysfunctional state own hospitals, would have been unimaginable.

The the leadership skills, the uprightness and the philanthropy in Dr. Belel whose lament remained that the Northern senatorial zone is malnourished by poverty of efficient and effective representation, induced the electorates to forced him into accepting the representational responsibility of getting the zone out of the maze.

Having accepted, Dr. Abdullahi Dauda Belel has joined in the senatorial race under APC the running party.

The legislative primary election is scheduled for tomorrow being Saturday. The delegates are advised to be creative and not to have a somewhat defective memory of the previous experience.

The delegates are advised not to mortgage the zone by betraying their consciences for a miserable price. It would be an expensive mistake the experience to be said never again.