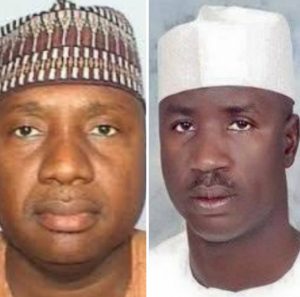 Governor Bindow, while presenting 2019 burger before the members of the Adamawa state house of assembly in Yola estimated at N230bn, claimed that the 2018 budget implementation has achieved 99% success.

Could the remaining 1% be consolidated on or before the last day of December, 2018?

The one person failure was however not explained. Was it at the level of capital or recurrent expenditure?

Was the N5b loan recently accessed by Bundle, blessed with approval by the Adamawa lawmakers, to have been meant for the settlement of workers salaries and arrears of other entitlements, part of the 99% recorded success in the 2018 budget implementation?

However, Kabiru Mijinyawa the speaker Adamawa house of assembly graded the 2018 budget implementation as having reached 65% and 70%

The Mijinyawa score was not however been specifics: between capital and recurrent expenditures, which is 65% and which is 70%

Political pundits pointed out that there ought to have been a reconciliation of figures in terms of performance assignments of budget implementation between governor Bindow and the Adamawa lawmakers, suggestive of the pact the duo endorsed to work in harmony without any air about clash of interest that would warrant even a threat to impeachment.

The economists and other business managerial scientists were however, in the spirit of critical thinking, constructively pondering over how realistic, devoid of any “digitally” divided manipulation, without also plunging the state into new lease of loan, would Governor Bindow’s 2019, N230bn Budget be,