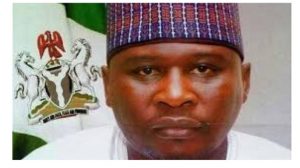 I will like to extend my belated congratulations to Adamawa State Teachers, Local Council staff and Primary Health workers for receiving their salaries in December 2018 two and half years late.

I am also in the same breath commiserating with the workers on the same payment that was credited to their accounts in the heat of the campaigns after two years of deliberate neglect by a government that now pretend to care.

The Adamawa State government after forgetting about the local councils suddenly woke up to its basic responsibilities to these poor workers after the PDP gubernatorial candidate graciously reminded the Governor that this tier of workers have families and other responsibilities just like the governor and his coterie of lieutenants.

The governor then ran, cup in hand to the Banks to borrow Five Billion Naira to enable him pay the Greek gift (campaign largesse).

I commiserate with the workers because while some are jubilating and others are making an issue out of the payment (which, I believe is a right anyway) I am looking at the implication of taking a hefty loan just to offset an obligation that was deliberately allowed to accumulate to such a humongous amount. Burdening the state with needless loans doesn’t augur well for any incoming government be it a new one or the existing one.

So if we are jubilating now, I pray that we do not find ourselves in the future lamenting this premature celebration when the time to pay back the loan becomes nigh, we find it hard to pay.

Or we must be forced to divert our thin resources meant for educating our kids and providing healthcare service to our indigent population to pay needles debt.

I tried to be charitable to Bindowo on the non payment of salaries for this long thinking the Federation Accounts Allocation Committee (FAAC) has not remitted Adamawa’s due from the federation account.

But then after making checks from both from the FAAC and the Federal Ministry of Finance, I discovered that Adamawa State got its fair share in every month during the past three and a half years – both state and local councils. The least the local councils got in a month was about N2.2b.

I then wondered what happened to the allocations meant for the local councils if the basic rights of the council workers cannot be fulfilled.

I came to the sad conclusion that we have boarded a one-chance bus from which debarking will be a painful experience.

I also came to the conclusion that the dare by Fintiri to Bindowo might have forced the hands of the governor to hastily pay up accumulated wages.

Here, I will like to give three hurrahs to Fintiri for being the first person in Adamawa State to pay salary arrears twice – once as a sitting governor and the second time as a gubernatorial candidate.

Yes, twice, you heard me right. When Fintiri took over from Nyako in 2014, he paid off the two months outstanding to workers, which arose as a result of industrial disputes between the then governor and the state government workers.

The second time is when he made it a campaign issue and the government got jittery.

Today, the total debt profile of Adamawa state is in the region of N87 billion, and the bulk of this sum accumulated under the Bindowo administration.

I clearly remember when Fintiri took over from Nyako in 2014 the total debt portfolio of the state made up of loans and overdrafts was about N12 billion, if my memory serves me right.

For such liabilities to accrue with such reckless abundance is to say the least, criminal.

This is despite the Federal Government’s Father Christmas gestures in the form of bailouts and the Paris refund. I pity whoever will take over from this government.

While acting as the state governor between June and October 2014, Fintiri managed to consolidate the disparate loans and overdrafts into a manageable portfolio.

It was at the point of presenting same to the state House of Assembly for ratification when a court in Abuja brought Fintiri’s government to an end and the state to a screeching halt.

In eighty six days, Fintiri was able to bring the state’s creditors to accept a structured payment strategy; he was able to manage the remaining meager resources available to the government to pay every labourer his wages and embarked on urban renewal projects.

This is akin to performing a Houdini, bearing in mind the state of the state that he inherited. While attaining this modest achievement, Fintiri did not take a dime as loan from anywhere.

I stand to be contradicted with facts. Time and intrigues denied us the opportunity to experience good governance.

Instead of celebrating a belated payment, which was not a priority in the first place, I believe the workers of Adamawa state should ask such pertinent questions like what happened to all the allocations that the state got in the past three and a half years?

Why was it impossible to pay salaries as and when due?

Why do we have to borrow to pay salaries?

Let’s not even talk about Internally Generated Revenue (IGR) and the handouts from the federal government.

Was anybody thinking of the families of those who were denied their entitlements because someone, somewhere felt flashy dressing takes precedence over the well being of those who turn the wheel of governance?

The choices before us are crystal clear. Fintiri, who found himself catapulted to the exalted office of the governor from that of the Speaker of the state House of Assembly, without adequate preparation did extraordinary things like cleaning the mess he inherited from his predecessors, within a limited time limited resources. Or those who campaigned for the office and ended up digging a debt hole for the state by dressing like models preparing for the catwalks.

Shine your eyes. The choice is yours.