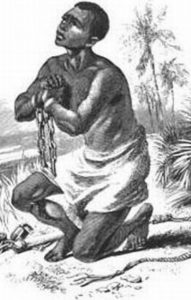 A good governance and transparency watchdog under the aegis of Good Governance Group has cautioned the people of Adamawa not to repeat the mistakes of 2019 by voting governor Muhammadu Umaru Jibrilla Bindow, noting that a vote for the governor could be a tendency to consign the next generation to slavery occasioned by unesteemable debt.

Speaking to our correspondent, the northeast coordinator of the group, Micheal Frank noted that the internal and external loans incurred by the state government in the last three and half years were indeed enough for stroke induced hypertension as it portends a bleak future for the next generation.

Frank noted that more worrisome was the fact that the debt was not channelled in developing critical sectors of the society that would result in human capital development such as education, health and water sectors.

Frank who acknowledged the investments made in rehabilitation of roads in parts of the state, however noted that a state that was smarting from Boko Haram insurgency ought to have put more energy in developing the human capital needs as poor human capital development indices were responsible for the rising spate of Boko Haram and other violent crimes in the first instance.

Frank noted that it was unwise for the government to borrow about N55 billion since its coming and yet could not use such resources in addressing some critical challenges bedevilling vast majority of the people of the state, such as poor education, health and low human capital development.

Frank maintained that the mentality of our leaders, especially governors, in bequeathing huge debts to their states, was a serious cause for concern as doing so would only provide a pond for breeding unprecedented poverty and despair, noting that people’s procrastination over how they are governed was one of the major undoings of Nigerians.

Frank argued that any further accumulation of debt to Adamawa state would spit forth a filthy doom and a booming poverty to the future generation, adding that it is critical for people to vote leaders with the required technical knowledge and understanding of the economy to run the affairs of the state. otherwise, they would risk being consigned to perpetual debt slavery with the attendant consequences, malnourished economy, dysfunctional healthcare and educational rot.

“The stark truth is that people should make wise and informed choices in the upcoming elections to avoid mandating leaders whose only proclivity is to leave poverty occasions by meaningless debts for their states.

“The huge debt accumulated for Adamawa state in the last three years, can subject the next generation to the quagmire of financial enslavement.

“It is important that people should vote leaders with the required knowledge and competences to make decisions that will positively impact the lives of all rather than for only those who run from post to pillar to borrow money not minding the consequences,” Frank frankly said.