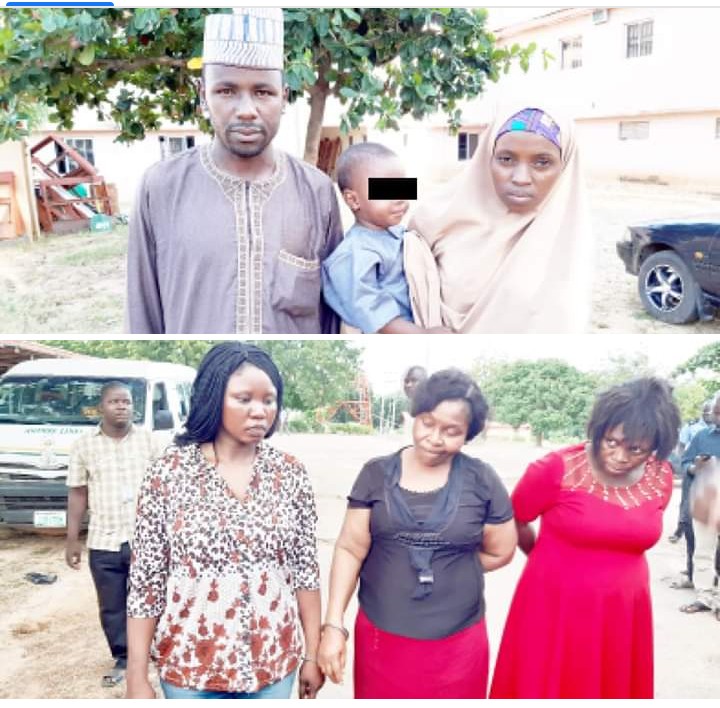 The family in Gombe got their child Mustapha brought back. He was abducted from Gombe and taken to the child selling market in the East, but luckily the police busted the operation and the child was rescued. Stealing of children from the North and selling them in the East, so far with all the people arrested being Igbos, can cause serious religious crisis if the police didn’t tackle the issue head on. When the people of Gombe are civilized not to turn it into a religious issue, Daily Nigerian almost turned the 9 children adopted in Kano and sold in Onitsha into a Christian vs Muslim warfare. Right now some fanatics are interpreting this trend as plot to convert Muslims to Christianity.

What the social media bandwagons who want to use this to cause Christianity vs Islam debate didn’t get is that even Igbos and Christians are not immune to their children being stolen by these criminals. I like the explanation of Mujahid Dokubo-Asari that it hasn’t got anything to do with Islam or Christianity as children are being stolen everywhere by these criminals. Unfortunately Asari’s video didn’t get much share like the one he did when he asserted that Governor Wike actually demolished mosque structure in Rivers.

People need a whole new reorientation in Igbo land and environ where the practice of getting a child at all cost is a culture.

So far we must commend the Nigeria Police for a job well done.