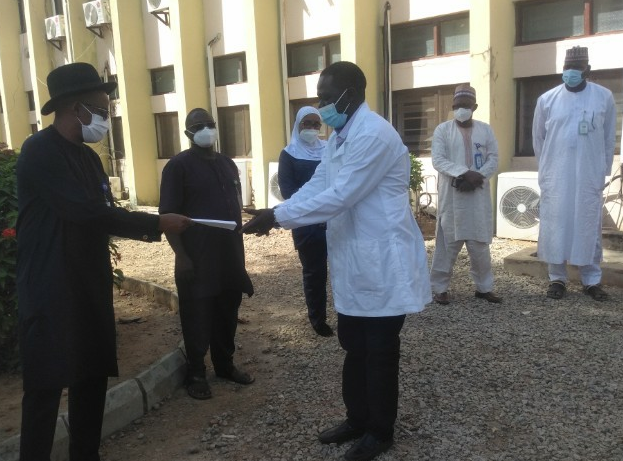 The old executive members led by Dr. Jumusu Cyril, Prof. Auwal said, have had commendable, result oriented leadership, which would not be unconnected with the dialogue as a strategic diplomacy they have adopted, where he called on the new executive members to maintain the existing achievements and to work on the challenges towards success.

The Cyril led exco have achieved a lot to the ARD in addition to contributing to the achievement of the hospital.

Dr. Cyril thanked the management of FMC Yola for the support and cooperation, in addition to being the first president to be served wit the letter of commendation.

Dr. Moray Raphael Bartholomew is the new president of the ARD. He commended the past exco for the achievements recorded and thanked the management of FMC Yola without whose support Morey said, the achievements would not have been possible.

Dr. Morey led executive members have taken the challenge as they were urged, where they have solicited for the support and cooperation of the management of the hospital.

Below is the list of the new ARD executive members as presented to the management of FMC Yola: