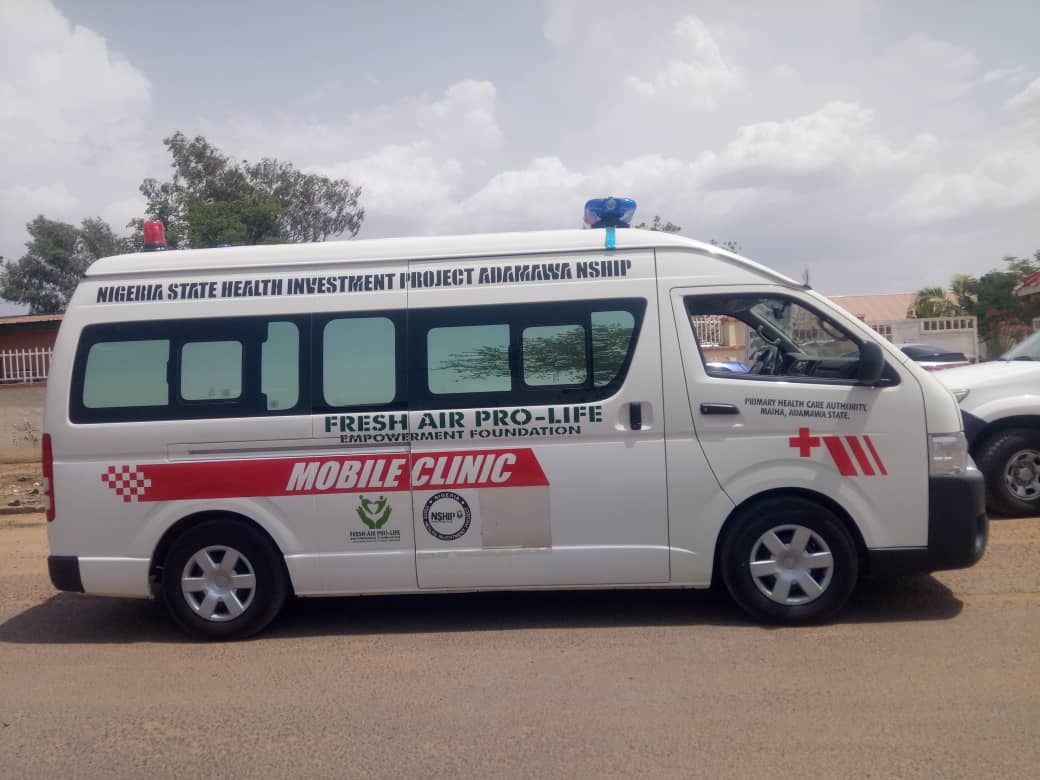 Nigeria Stste Health Investment Project NSHIP, Adamawa and the Fresh Air Pro-Life Empowerment Foundation, have presented a mobile clinic ambulance each to 7 local government areas that were affected by the Boko Haram insurgency.

“Maiha is among the 7 beneficiary local governments that are gradually recovering from devastation occasioned by Boko Haram insurgency.

“May the Fresh Air administration and the Office of the First Lady of the state continue to achieve success,” Idi Amin prayed Ameen.

As Yunusa Abubakar would observe, this is another Phillip to the diadems of Idi’s successes.

The distribution of food items as palliative to the most vulnerable in Maiha LGA as a measure to contain the effect of the covid-19, coordinated by the LG chairman was reported to be transparent and most fair.

Grading of road from Mayo-Nguli to Belel district is at impressive level of completion. It is a federal government road that was left abandoned for over 30 years. Idi thought that people, agriculture and businesses between and among the districts of Maiha LGA are suffering with the neglect of the road that links the entire districts.

Brand new 2500KVA (2.5MVA) distribution transformer, has been eventually installed in Maiha the local government headquarters that has been in blackout for about one year.

The transformer is now being energised – put it on soak – which should be for 24 hours before supplying electricity to the residents.

“These are some of the commendable achievements gained within five months of Idi’s leadership. He has also assured that these are just but tip of the iceberg,” Idris an electorate in Maiha commented.