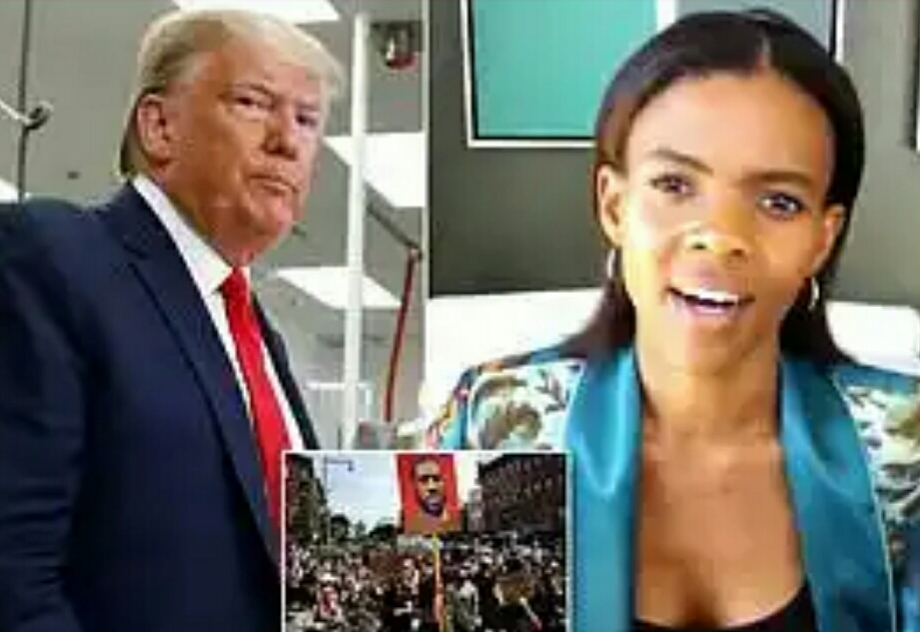 Candace Owens is now a frequent visitor to the White House, per NBC NEWS. She recently met with VP Pence, and Trump tweeted out excerpts from a conversation she had with her and Glen Beck, where she disparaged George Floyd’s character.

In other words, she is now an unofficial adviser to the Trump White House on African American issues, including racism.

They love her because she minimises/justifies/downplays racism, discredits black victims of racism, says black people, whom her partner in crime, Beck says come from a “broken culture,” “have a victim mentality.”

She told Beck that George Floyd “is not a good person,” whatever that means, insinuating that he deserved what happened to him or that had he been a good person the racist cops would not have killed him, even though the cops did not know he was prior to the encounter, and even though the criminalisation of black men and the over-policing of black neighborhoods mean that many black men, including many who encounter police brutality, have prior records.

And since when did having a record deprive one of rights or humanity or equal treatment?

At any rate, when she and her dad sued a public school district for racism and got paid tens of thousands of dollars as a settlement, she was a squeaky clean young girl and yet that did not protect her against racism–the same racism she now says does not exist or is blaming victims for.

Where was she and where was her voice of condemnation when “good” black people with respectable character and vocations and no records were scandalously victimised by racist cops?

Where is her criticism of the police in the case of Breonna Taylor, the black EMT worker murdered in her own home by cops a few weeks ago?

Owens got paid, deservedly, for the racism she endured in middle school. Then she got older and moved on to a new hustle, which pays a lot more.

This new, more lucrative hustle is simple: hewing wood and fetching water for and generally enabling white racists; giving them cover and safe references; and providing them a black voice to invoke and lean on.

In America, there is a long history of racists recruiting and leaning on black racism deniers for their cause and paying the black self-haters well for their work.

This is a more sophisticated endeavor than the “I have black friends” and “my girlfriend is black” refrain of racists. This is a historical enterprise in which racists hold up contrarian black racism justifiers and black turncoats as evidence that racism is only in the imagination of black people, that the victims are overreacting, and that the solution to racism, if it exists, is for black people to raise their character to white levels and stop being bad. Black racism enablers have always assuaged the guilt of racists and provided them with what we call soft landing in Nigeria.

Most black racism enablers start out young, get paid well as on-demand, all-purpose props for racists seeking to deflect attention from their racism. The black enablers live a good life off their hustle but get disgruntled in the their middle or old age, with some even regretting and making a full public turnaround.

Or they or their families become victims of societal, institutional racism as well as regular quotidian racist harassment. This wears them out over time, causing them to abandon the hustle and “return home.” Sometimes all it takes is a single, tragic encounter.

In rare cases, the turnaround happens on an intellectual level, occasioned by intellectual inquiry, growth, and the resulting self-critique and critical thinking.

No one can tell where Candace Owens will end up, but these types of stories rarely end well, although many black racism deniers and enablers retire quietly to enjoy the fruits of their hustle, choosing not to do a public recanting of their life’s work but being broken by the anguish of racial betrayal and self-immolation.