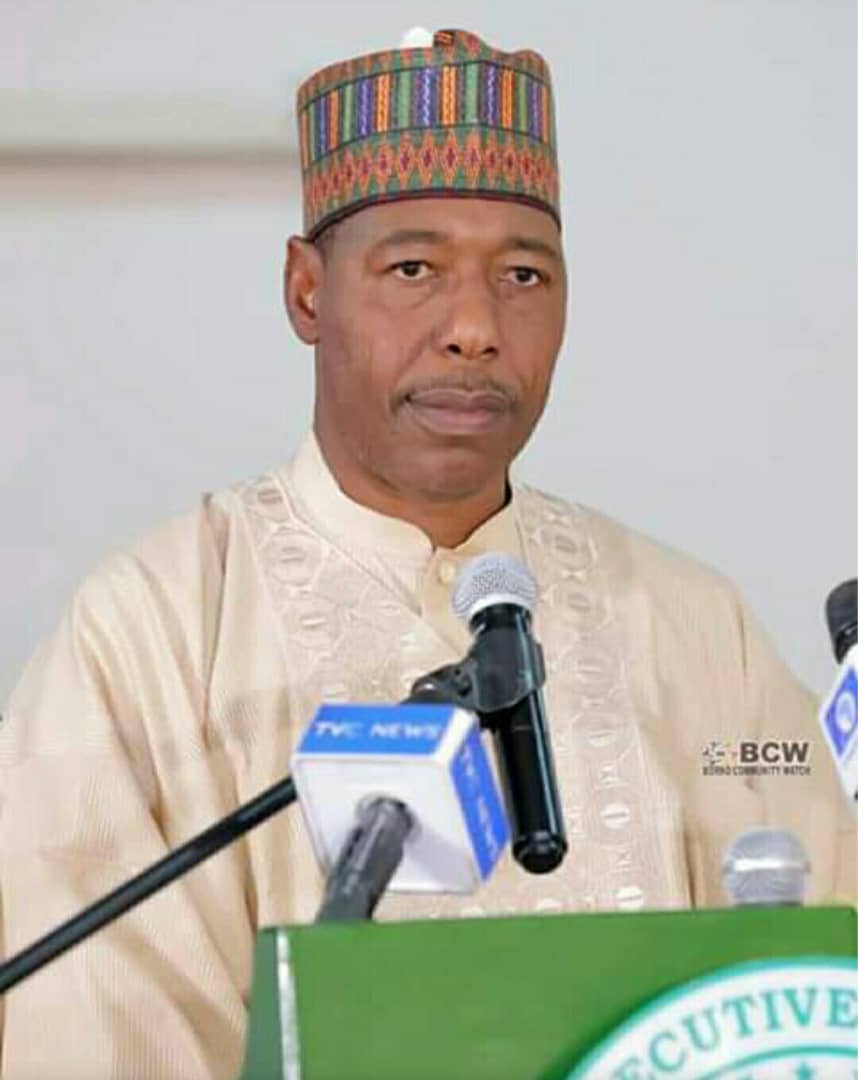 The Borno state government has undertaken the construction and reconstruction of 76 building projects, construction of over 10,000 houses, electrification of 13 communities for the resettlement of the Internally Displaced Persons, (IDPs) across the state.

The construction and reconstruction, which include municipal buildings, health facilities, schools, houses, churches and mosques across the 22 local government areas of the state for the resettlement of the displaced communities.

In this disclosed at a press briefing to Mark one year Anniversary of Governor Babagana Zulum at the Multi purpose Hall of the Government House, Maiduguri on Tuesday, by the commissioner for Reconstruction, Rehabilitation and Resettlement, Engr. Mustapha Gubio.

“Governor Zulum administration has within the last one year, recorded remarkable achievements in the reconstruction and resettlement of communities displaced by the Boko Haram insurgents.

“Newly built 2 local government lodges, 20 Housing units and construction of 200 Housing units in Chibok, which have all been completed,” the RRR commissioner added.

“The ministry has faced challenges of insecurity, difficult terrain and rise in cost of materials, as four local governments of Marte, Abadan, Kukawa and Guzamala are still not safe for reconstruction.

“Very soon people of kawuri, Banki and Ajiri communities will be ressettled, as government has already set up a committee to ensure their resettlement.“

“Rehabilitation of Local Education Authority Office complex, rehabilitation and upgrading of Biu Emir palace, construction of newly built worship centre all in Biu local government area, are among other projects,” he added.

The commissioner revealed that the ministry had expended the sum of N125.6 million in the last one year on the electrification of 13 communities with 18 different major projects across the state.

“In his vision to ensure civil servants own a decent house of their own, Governor Zulum approved the sell of 2,776 houses to the occupants on owner occupier basis to the occupants of 202, 393,505_ 707 and 1000 housing units. Already, 25 percent of them have settled the payment of their houses”, Engr Vungas stated.

Having authenticated that the projects are actually carried out as stated, the Periscope simply asks where does Gov Zulum get his Money, other than from the sources other governors get, to do the magic without advancing for loan, not even bank overdraft?