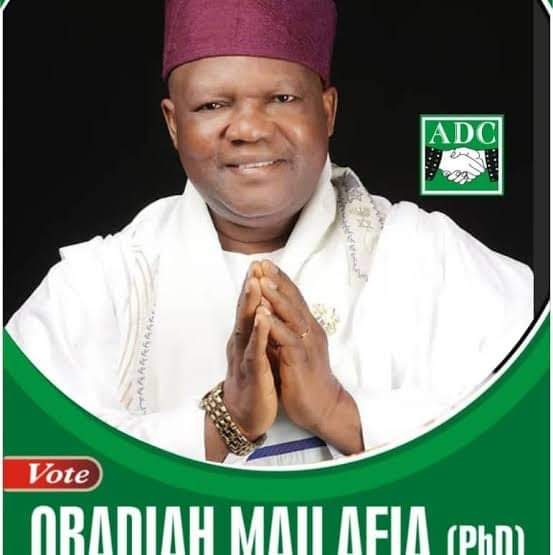 Nigeria is lucky that the electorate did not consider him fit to lead this country at a time when unity, understanding and patriotism is ever needed.

Dr Obadiah Mailafiya who was the ADC presidential candidate in the 2019 presidential election, polled less than half of one percent of the total of 82 million votes cast.

As it tuned out, it was a great decision by Nigerians. His true colour manifested Monday, this week, when he lied to the nation on a radio programme that some former Boko Haram members told him “one of the Northern Governors is a commander of the Boko Haram in Nigeria.”

He however recanted the claim when he was invited by the DSS to tell them who it was and instead, apologised profusely, according to the DSS spokesperson.

In a BBC interview yesterday, he claimed that he got the story about a Northern Governor being commander of Boko Haram “from some Fulani traders in the market.”

It is sad that a so-called Oxford educated researcher and seasoned financial administrator could stoop so low to spread fake news that is as dangerous as it is inciting.

It is a national tragedy that someone who the country holds in high esteem like Mailafiya would resort to religious bigotry and ethnic jingoism to boost his standing in the eyes of those he fancy to impress.

I cannot think of any credible Nigerian that would concoct a lie and, when cornered, would try to save face by telling another big, unconvincing lie that he heard the story in the market. As if he is the kind that goes to the market and mingle with the locals.

Dr Mailfiya has woefully failed in his plot to sow the sead of hatred between Northern minorities and the Hausa/Fulani. No amount of mischief and the spread of malicious lies would succeed. Not even from an Oxford Ph.D graduate in market stories and gossips.