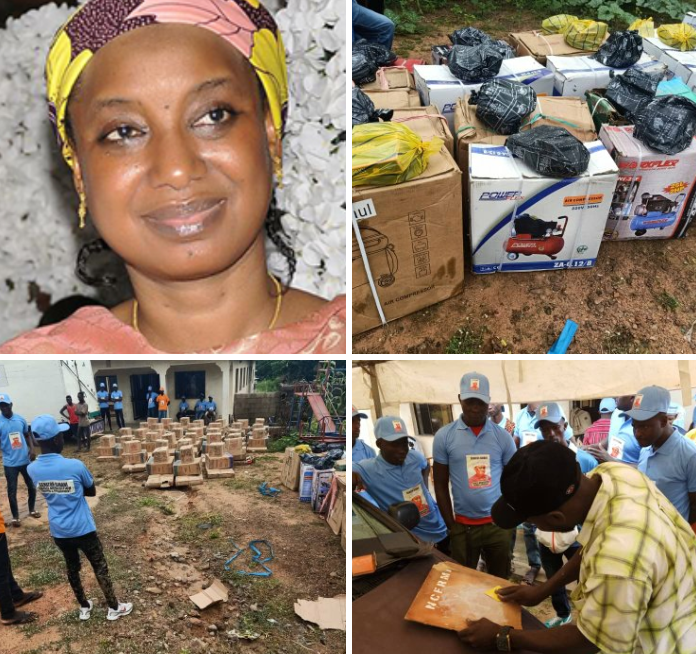 The beneficiaries were given 34 industrial sewing machines and 34 car spraying machines according to the skills acquired with the sum of N50,000 each as a startup capital with a certificate from Smedan.

The occasion was under the chairmanship of Alh. Ibrahim Bilal, the chairman APC Adamawa state, while Haj. Aishatu Abdulrahman Abba Jimeta represented distinguished Sen. Binani at the event, which took place at cooperative Hall near LCCN Bookshop Jimeta.

Alh. Ibrahim Bilal has called on the beneficiaries to make judicious use of items given to them to be able to be self-reliance.

Binani is the only female senator from the North to be elected to the upper chamber of parliament and she has been performing impressively, earning her commendations.