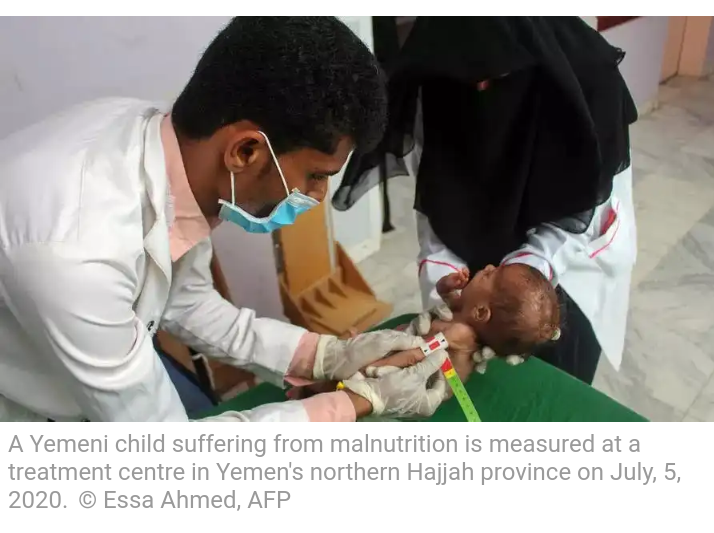 War-torn Yemen is in imminent danger of the worst famine the world has seen in decades, UN Secretary General Antonio Guterres warned Friday.

“In the absence of immediate action, millions of lives may be lost,” Guterres said of the country that has endured a five year war between Iranian-backed Houthi rebels and government forces.

The government in Yemen is supported by a Saudi-led coalition, assisted by Western powers including the US.

Outgoing President Donald Trump’s administration has made isolating its arch foe Tehran a centerpiece of US regional policy.

The warning from Guterres, the latest in a series from the UN on Yemen, comes amid reports that the Trump administration is considering labeling the Huthis a terrorist organization.

That could cripple aid deliveries and make things even worse in Yemen, aid groups say.

In his statement, Guterres made only indirect reference to this possibility.

“I urge all those with influence to act urgently on these issues to stave off catastrophe, and I also request that everyone avoids taking any action that could make the already dire situation even worse,” the secretary-general said.

He said the reasons for the heightened threat of famine include a sharp drop in funding for the UN-coordinated relief program, the instability of the Yemeni currency and the warring parties imposing “impediments” for relief organizations.

The Houthi rebels control the Yemeni capital Sanaa and much of the north after a grinding war that has created the world’s worst humanitarian crisis.

The US labeling the rebels a terrorist group would mean many countries would have trouble interacting with the Houthis.

The impact on the Houthis, who are already under US sanctions, may be limited but ordinary Yemenis could pay the price, with further damage to aid programs already cut back due to record-low funding during the coronavirus pandemic.