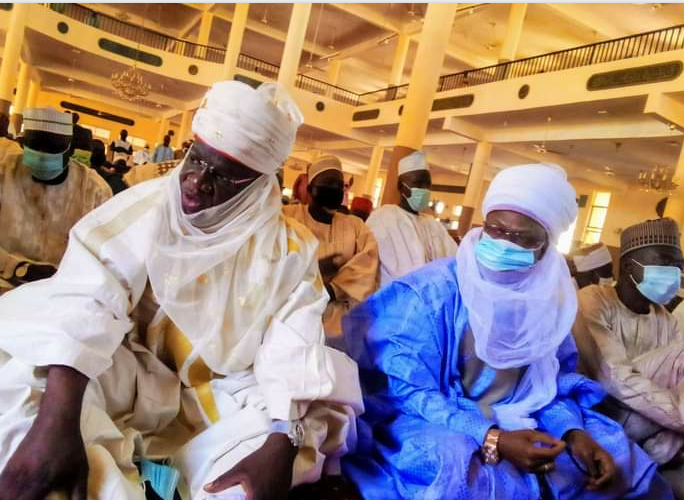 Distinguished chairman Maiha local government, Dr. Idi Ali Amin, Rumbun Adamawa has registered his appreciation to those who served as witnesses and those who participated in the celebration of Thurayya, his daughter’s wedding on Friday.

In a statement issued by the chairman’s media aid, Mr. Abdulganiyyu Nuhu Pakka, Rumbun Adamawa said his appreciation was unquantifiable.

“First and foremost, glory be God for blessing our children to attain independence from the parents with the wedding. The fresh air, no digital deceptive, amiable Governor of Adamawa state, Rt. Hon. Sarkin Yaki ba ha’inci, ATM Ahmadu Umaru Fintiri’s presence has made my day. Although the governor was highly engaged in matters of the state away from the state, the high powered executive delegation, led by the Chief of Staff to the Governor, Prof. Maxwell Gidado, being accompanied by Hon. Commissioners made me proud and grateful.

“It’s an understatement talking about the Adamawa Emirate Council members attending the wedding. The highly generated and revered Lamido Adamawa, HRH. Dr. Muhammadu Barkindo Aliyu Musdafa hosted the wedding fatiha at the Emirate Council represented by the Galadiman Adamawa and Kauran Adamawa, with Karshin Adamawa who hosted the reception at his Lelewal Motel, among prominent others, guiding the proceedings at the behest of our Lamido, proving that I’m honoured as the first and remains the Rumbun Adamawa, a traditional title conferred on me by HRH the Lamido himself. 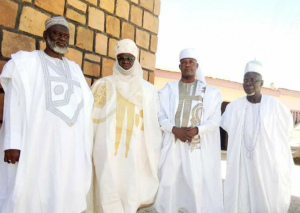 “PDP the ruling party in the state was adequately represented by the state chairman Barr. AT Shehu with distinguished executive members as entourage.

“The lawmakers with the Adamawa State House of Assembly led by the Honourable Speaker, Rt. Hon. Aminu Iya Abbas, without any political lining, are not the least in the list of witnesses.

“The Institute of Business Diplomacy and Financial management (IBDFM) for which I’m a Fellow member, was adequately represented by the Council Members, Dr Adamu Muhammad Dodo and Fellow Suleiman Babale Jibril, Taliban Shall, Braden Kudun Dass. I feel honoured.

“The people of Maiha local government have collectively shown me love, support and cooperation. Their presence have indeed been a moral booster for which I remain grateful.

“The list is indeed so numerous to mention event as a group. I therefore thank all those who witnessed the wedding fatiha, attended the reception, participated in the activities and the well wishers. May Allah bless the marriage,” the distinguished chairman remarked. 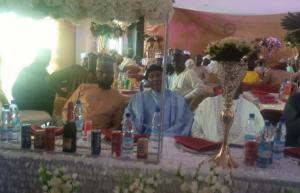 The wedding was between Thurayya Idi Amin and Ibrahim the son of JJ Ahmed, a one-time chairman Maiha local government, Abdulganiyyu explained.