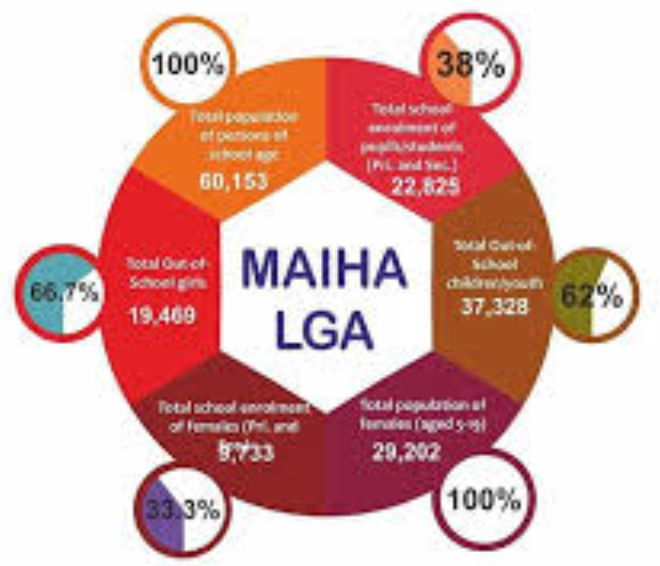 Fred Oyono, a public commentator and media expert has challenged the concerned youths of Jalingo-Maiha district, Maiha local government, northern senatorial district of Adamawa state, northeast Nigeria to blame the politicians and the political appointees in their constituency for what some among them considered as refusal and some others interpreted as delay in approving the appointment of Barr Mahmud Abubakar Sulaiman as district head by the Adamawa state governor, contravening the court order 68 days with the determination of Appeal Court that upheld the High Court order, which delivered on July 13, 2018.

Oyono articulated that it was painful to hear that the palace would remain closed for over 7 years after the death of the district head without a successor being appointed.

“The former governor, good man Nyako waited in vain for a successor to be recommended from the heirs of the late district head, by the Mubi Emirate Council. Jalingo-Maiha elites and/or the politicians however failed to remind the Emir of Mubi that Ubandoma, the late district head of Jalingo-Maiha was the lone person who was instrumental in having him take over from his late father at no prompting and without passing through any stress, therefore he should do as he was done to.

“The elites and politicians in Jalingo-Maiha ought to have discouraged the delay in not only having the district head appointed but the seeming faulty nomination by some so-called among the village heads, as much as having the son of a village head whose father has never been a district head but who worked for the late district head, who was used but in vain by the aliens to the district to distract, disorder the monarchical atmosphere of the early 80s as we read in the media over two years ago.

“The media following the monarchy in Jalingo-Maiha, revealed that of the 6 district heads that participated in the nomination process, only two; Ardo Lukdira and Ardo Wuro-Kawu have had the legitimacy to nominate. The duo nominated Barr Mahmud Abubakar Sulaiman the heir to the late district head.

“The five village heads of Nguli, Kwabu’on, Jalingo-Maiha, Jalingo-bu and Dede who nominated a candidate who was so drafted by any means manipulation to join the race, lacked the legitimacy to nominate because they were then, not sworn-in as village heads. The irregularities ought to have, in all manner of responsibility, been challenged with a view to sanitising the process.

“The elites and politicians in Jalingo-Maiha ought to have decisively without any air about complicity, challenged former governor Bindow against imposing a candidate on a district, not recommended to him by the Emirate Council as much as they should have advised the governor to honour the Court Order that restrained the illegitimate candidate he illegally appointed, from parading himself as district head and that which directed the governor to approve the appointment of the Emirate Council selected, so recommended to him.

“The delay in the hearing from the time of registering the case, challenging governor Bindow’s erroneous appointment before the law as received at the High Court of Justice Adamawa state on August 29, 2017 and the passing of judgement almost a year later, on July 13, 2018.

“The delay between the filing of appeal challenging the High Court judgement by the candidate appointed by the then governor Bindow on November 13, 2018 and the Appeal Court judgement delivered almost two years later, on September 25, 2020.

“And the undue interference in the affairs of the traditional council by aliens, ought to have been raised by the elites and politicians of Jalingo-Maiha.

“There were news about appointments of traditional chiefs in Guyuk, Shelleng, Numan, Madagali side and Mubi, why should that of Jalingo-Maiha district take so long? It isn’t fair truly and any defence will only be disgusting.

“In my candid opinion, the governor shouldn’t be blamed but the elites, the elected and the political appointed are those whom the aggrieved Youths of Jalingo-Maiha need to engage in the conversation regarding the monarchy in their district in addition to the alleged ostracization of Maiha local government as a whole by the present government in terms of allocation of projects. This should form the agenda of maiden monthly local government stakeholders meeting of January, 2021, Oyono opined.

The call to collective fasting and prayers by the concerned youths in Jalingo-Maiha against any conspiracy resulting to the delay in approving the appointment of their district head has entered day 3.

“Arrangements for the postponed peace pilgrimage are also in progress. The agitation project is receiving amazing support. We have received the donation of facemasks, hand sanitisers and other undisclosed items.

“We shall soon start sensitising participants on how to go Covid-19 containment compliant, peaceful and how to identify the will be sponsored antagonists to the struggle during the peace pilgrimage. We have a solid certified structure, you know.

“We don’t expect any project in Maiha from the current state government. We’ve endured. we’re enduring and we shall still endure. 2023 is fast approaching, when we pray to have a Zulumised governance that could judiciously spread projects and developments across the state devoid of any sentiment,” the youths would lament.