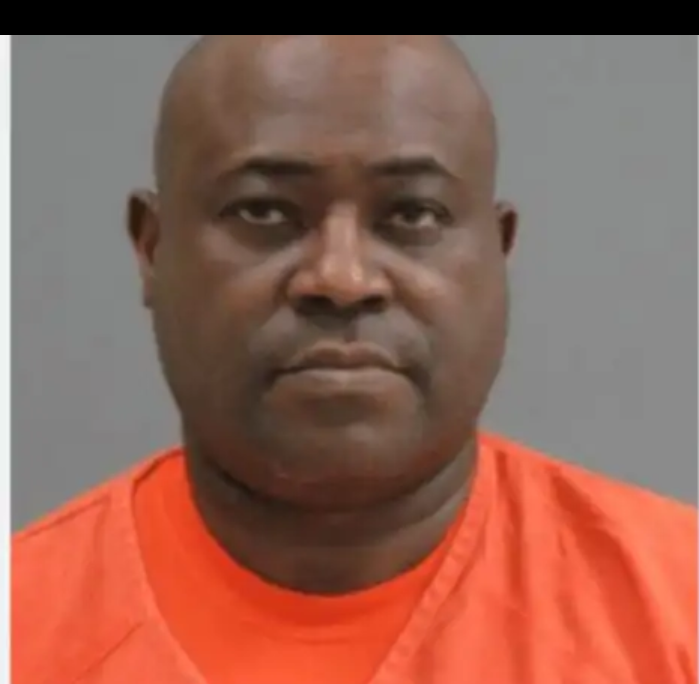 Olabamidele Olumide Bewaji, a 52-year-old Nigerian of Yoruba tribe was arrested in the USA.

The Yoruba criminal who was accused of attacking the Alzheimer patient at the Pillars of Mankato home in Mankato, Minnesota since the beginning of March, was nabbed by the survivor’s son who set up a surveillance camera in his mother’s room so he could keep an eye on her while at home.

The worthy American told a local newspaper that the criminal, a carer, caressed his mother before stripping her clothes off and sexually assaulting her as she lay in bed.

The American alleged that the carer, betraying the contract, criminally climbed into his mum’s bed, where he raped the Alzheimer patient a second time.

A court heard that a surveillance camera set up by the survivor’s son was equipped with a speaker, which let him broadcast his voice into her room.

The survivor’s son ordered predator to leave his mother alone, it is alleged. The predator was said to have eventually complied to the son’s directive.

The Free Press reported that after the police arrived at the scene having been invited by the survivor’s son, they found the old rather helpless Alzheimer patient half-naked and unable to understand what had happened to her.

Bewaji was identified as the suspect.

The alleged predator initially denied the charges of assault against him but admitted sexual contact with the helpless woman, claiming that it was the Alzheimer patient who made overtures to him.

The predator also admitted a second sexual encounter with the woman in February, it is alleged, despite knowing she is a vulnerable adult.

Bewaji was charged with felony sexual assault and is being held in jail ahead of his next court appearance.