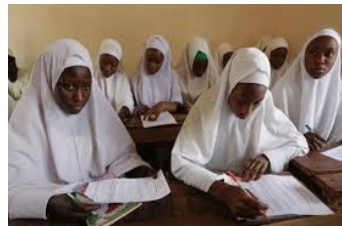 I refrained from commenting on the Kwara hijab controversy because there have been contending and conflicting propaganda from both sides and unless one sifts through them to get the facts one runs the risk of being misled by wrong information and formulating one’s view on the wrong premise.

There is now definitive evidence that the Kwara State Government’s directive applies only to publicly owned and funded schools, including former Christian missionary schools that were taken over by the government in the 1970s.

There is absolutely nothing wrong with a State Government, especially in a Muslim-majority state such as Kwara, directing that Muslim students who want to wear hijab on their uniforms be allowed to do so in all public schools.

It is also now clear that the policy neither makes hijab mandatory for all Muslim students nor requires non-Muslim female students to wear it.

The intent/scope of the policy is narrow: it only allows Muslim female students who are so inclined to include the hijab in their standard school attire ensemble.

The policy does not exempt female students from the wearing of uniforms or replace uniforms with the hijab. Rather, the hijab is to be worn over the uniform by female Muslim students who desire to do so as part of their sartorial religious identification.

The policy, moreover, does not apply to private schools, which are at liberty to set their own school attire policy.

Neither Nigerian law nor the basic principle of religious freedom contradicts the new policy.

Christian religious organizations whose missionaries established some of the public schools and which do not like the new policy can establish new schools that would be private and would allow them to implement a no-hijab uniform policy.

Alternatively, they can renew the long-running but largely abandoned struggle for public schools with missionary pedigrees to be reverted back to their Christian denominational ownership. But that is a different, national struggle, not a Kwara-specific one, and it is totally unrelated to the hijab issue at hand.

My sense is that the contentiousness of a hyper-competitive national religious marketplace is trickling down to Kwara and other states, where religious minorities feel under siege and are letting the paranoid national narratives of religious persecution and domination dictate their actions, reactions, and rhetoric.

There is justifiable outrage against policies in several Muslim-majority states in the north where Christians are refused new access to land to build churches, Christians’ sartorial choices and freedoms are curtailed and policed, and Christian-owned businesses (bars, nightclubs, burukutu-brewing operations, pork-serving joints, etc) are routinely raided and their massive investments destroyed.

In solidarity and in fear, Christians in states where they’re a minority (such as Kwara) try to domesticate their outrage and anxiety.

The problem is that in a local context like Kwara, that rhetoric may not quite fit the facts of the situation and may come across as irrational paranoia and even bigotry.

Outrage over perceived national religious politics and persecution and a guilt-by-association suspicion of local Muslim authorities should not authorize bigotry in a state renowned for religious tolerance and peace.

I have visited Ilorin a couple of times in the last several years and have raved publicly about its serene social peace and how I felt so comfortable and at home in the historically Muslim city. It would be a shame if Ilorin were to go the way of Jos or Kano, where recurrent, religiously-tinged violence has poisoned social cohabitation.