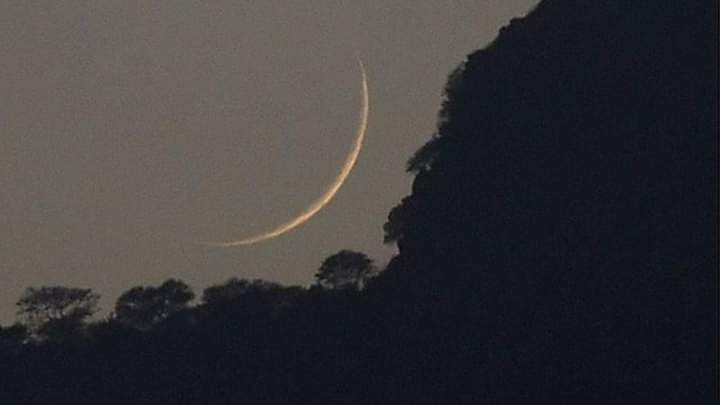 Saudi Arabia has seen declared today, Tuesday, April 13, 2021as the first day of the blessed month of Ramadhan; the 9th month of the lunar, Hijrah, Islamic calendar, the month of peace, love, care, compassion, devotion, reflection, see no evil, hear no evil and speak no evil. The month of abstinence and suspension of eating and drinking from sunrise to sunset referred to as fasting.

The world will join Saudi Arabia in the Ramadhan fasting beginning from today as different countries have declared including Nigeria where the Islamic leadership has a yesterday announced the approval of the sighting of the new moon of the 9th month of Ramadhan to begin from today.

Communities, particularly the Muslims,’ look on to their leaders, referred to as revered or spiritual – but reduced by certain crude modernist definition as traditional leaders, even when the monarchs are not mammoths of Mammon, are not worshippers of traditional religions and Islam is not a traditional religion – for direction, for guidance, especially in the month of Ramadhan.

Jalingo-Maiha district is the land of peace, love and mutual coexistence, a land with over 90% Muslims, considered as Makkah and Madinah exemplified; the district’s palace is with without the monarch over seven years after the demise of His Highness Abubakar Sulaiman the district head, the Ubandoma Mubi; over three years after after the high court judgement that ordered the state governor to approve the appointment of Barr. Mahmud Abubakar, the heir to Ubandoma as the legitimate district head; over seven months with the appeal court determination that upheld the high court judgement.

The sage recalled that it was during his inaugural state executive meeting about two years ago that governor Fintiri was quoted to have frowned at the delay in the implementation of the court order, which he was said to refer to the act of the former executive as injustice; a critical thinker would consider as executive tyranny, theocratic and ethnocentric induced.

The new governor was reported to have initially directed that court orders must be honoured without undue delay.

A version of the story has it that the governor was later advised to suspend the approval till after the appeal court determination.

The appeal court judgement is now over seven months leaving the rumour in Maiha with the courts defeated bragging that they have the executive might to keep keeping on delaying by dishonouring the court order till the judgement day great beyond.

“It is a blessed month, the month of Ramadhan, Jalingo-Maiha district is without her legitimate monarch, over seven years after death, over three years after high court judgement and over seven months after the determination of appeal court, how blessed is the executive,” the sage would ask.

The concerned youths of Jalingo-Maiha district have appreciated Allah SWT for the answered prayers in dealing with the conspiracy both as an abstract and personified.

They have appreciated the efforts of stakeholders of Maiha, Mubi and the good people of the state in supporting the side of justice in spite of the political odds, in insisting that court orders must be honoured against all odds.

They have called on the people of Jalingo-Maiha district where ever they are and the supporters of justice to join in the second phase of Qunut prayers against conspiracy resulting to the delay in the approval of the appointment of their district head.

The blessed month Ramadhan without a district head in Jalingo-Maiha, how blessed is the executive the head?

Jalingo-Maiha would have moved on ahead but lacking the head without the district head begs for prayers this blessed month; Tarawih prayers make suitable time for Qunut prayers.