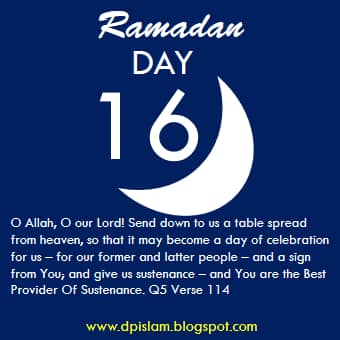 Two issues are made central discourse among the youths in Jalingo-Maiha district, Maiha local government area of Adamawa state; the undue executive delay in approving the appointment of their courts declared district head and the delay in the payment of salaries for the months of March and April.

Governor Fintiri, the youths would articulate, earlier considered the undue delay in honouring High Court Order by former governor Bindow as nothing other than a window opening for injustice, the Democrats could tagged as “undemocratic” democracy in fascist style.

The governor made the observation, as was reported, during the inaugural State Executive Council meeting about to years ago, where he directed for the immediate implementation of High Court Order; approving the appointment of the legitimate district head of Jalingo-Maiha.

“The same elements that could have misled the former governor and eventually, abandoned him groaning over a humiliating defeat at the poll, they inflicted on him, for a new found political relationship with the new government – political prostitution, bereft of philosophy and principle – could be influential in the present governor’s twist of directive, where, as it was gathered, he aligned with the rather unfair idea that the approval of the appointment of the district head be suspended pending the determination of the Appeal Court, even when the High Court passed a declarative judgement, leaving no window for stay of execution.

“It is now over seven months with the Appeal Court determination, which affirmed the High Court judgement; fresh air, other than the natural, God sent, isn’t any breezing in Maiha local government and better still, the executive approval of appointment of the district head of Jalingo-Maiha as declared by the courts judgements isn’t honoured.

“The governor earlier assured non interference in the affairs of traditional institutions. However, the delay, seemingly influenced by unconscious bias, is suggestive of the interference”, the concerned youths would articulate.

Coining an analogy about what would have given them the impression of double standards, the youths recalled that the governor, during the 2019 electioneering atmosphere, lambasted and lampooned the ruling party in the state for withholding and/or undue delay in the payment of state civil servants salaries.

“The journey of the Magi“ as Thomas Stearns Eliot the literary critic and English modernist poet would recollect, “Journeys of the Catechist” as Alan Dean Foster the American Writer would fictionally elaborate and “a journey of a thousand miles” as Chinese philosopher, Lao-tzu would philosophise, “begins with a single step.”

The youths would express the fears that there was a delay, though March salaries were paid beginning from the 25th day of the month but to this day some teachers with the post primary schools are reported yet to be paid.

“Similarly, April salary ought to have been paid as at when due the promise, without waiting for the federal monthly allocation; with or without Covid, since even with the Covid the federal government is still being relied upon

“Isn’t it with Covid that the Flyovers are initiated and billions of naira released. Hasn’t the governor said whether or not there’s federal monthly allocation, workers’ salaries won’t stop?

“The journey to the long feared delay in payment of salaries begins in March with some workers yet to be paid and in April, still waiting for salary alert as at 28th day of the month”, the concerned youths would critically construe.

The youths would want to, but could not conjure up the meaning of the silence to the explanation of the delays, which they opined ought to have been explained, in avoidance of what rumours could get to generate; both real and imagined.

Why the delay; over seven months after the Appeal Court determination that affirmed the High Court judgement passed over three years ago, given as order for the governor to approve the appointment of the Emirate Council’s selected and recommended district head of Jalingo-Maiha?

Why the delay in the payments of, to some workers March salary and to all state and local government workers, April salary?

Earlier, the acting district head enjoined the citizenry to join in prayers against hypocrisy, complicity to conspiracy, antimonarchist and anarchy in Jalingo-Maiha.

The acting district head, who said he was not in Jalingo-Maiha to rule but to handover the district headship to the bonafide heir to the stool, urgent the citizenry to strengthen prayers for peace, progress and prosperity of the local government area, against undemocratic, demonic and despotic imposition, aimed at disintegrating and disordering the monarchical leadership, peace, law and order enjoyed for over 214 years.

The concerned youths, having realised that the politically appointment, few of whom have also tried but in vain to draw the attention of the chief executive, as it was gathered, to the path of justice against any sentiment in matters of honouring the court orders, resolved that since peaceful protest was overruled they have option to register their grievances to the Almighty who answers prayers of the exploited and the oppressed.

The Ramadhan Tafsir at the Central mosque in Jalingo-Maiha district has equally urged the Ummah entity not to relent in prayers against injustice, hypocrisy, conspiracy and under-development of the local government, which was abandoned after winning election.

Qunut prayers enter day 16; many groups and individuals are joining, being kept holy engaged in this blessed month of Ramadhan for peace and legitimate monarchy in Jalingo-Maiha district without undue executive interference.