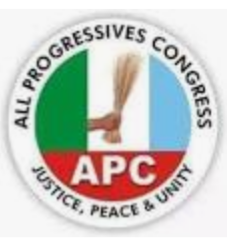 The true implication of the Judgement of the Supreme Court today in JEGEDE VS AKEREDOLU as affects the National Caretaker Committee of the APC.

I have read the so called information put out by Festus Keyamo SAN and i am shocked that he could purportedly write such a thing.

At the tribunal hearings, the APC principal witness, Dare Oketade Esq, who is the Director Legal Services of the APC while being cross examined by Chief Onyechi Ikpeazu SAN, told the court that Gov Mai Mala Buni was not drawing salary from the Party, was never occupying the office of the National Chairman of the Party, he only existed in Caretaker capacity by virtue of the Constitution of the APC which empowers the NEC to appoint any committee, give it any name and give it any power as it may deem fit and this was the basis of setting up the Caretaker Committee.

Ikpeazu SAN could not further cross examine the Director Legal Services as a result of these answers.
Ikpeazu SAN seeing the weakness in his petition for the PDP also cleverly excluded making the Caretaker Committee Chairman, Gov Mai Mala Buni a Party to the suit because of the immunity clause of Section 308 of the 1999 Constitution.

If he had joined Governor Mai Mala Buni in that petition, he was damned, if he did not join him, he was also damned. As the four justices of the Supreme Court rightly noted, joining or not joining Mai Mala Buni in the suit goes to no issue as he is protected by Section 308 of the 1999 Constitution.

It was very clever of the APC to have delicately set up this Caretaker Committee as it is presently constituted.

In a highly politicized country wherein anyone gives interpretation to a Judgement on the pages of the newspapers even before reading the entire Judgement of the Supreme Court itself. This will certainly lead to people conjuring up things not implied or said by the Supreme Court.

The proposed Ward/Local Government and State Congresses of the APC most certainly should not be impaired by this Judgement.