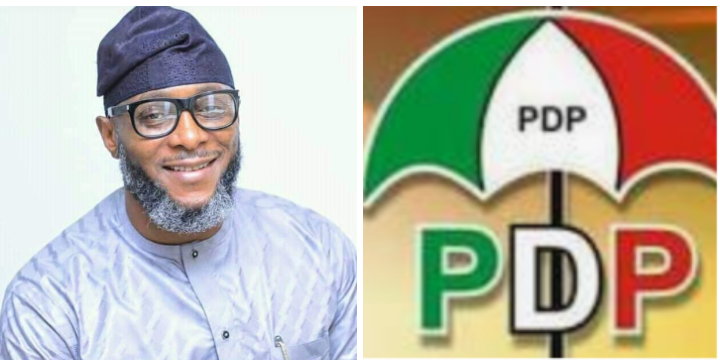 One of the best days for the PDP in Adamawa state

Thousands of people are joining the Sardauna train into PDP. It promises to be a spectacular moment for the people of Jada and the new political leader Alh. Adamu Atiku Abubakar.

For one, since 2007 after H.E. Atiku Abubakar left office, Jada has never seen the kind of monumental socioeconomic and political progress as it did in the current administration of Gov. Ahmadu Umaru Fintiri.

The town, which suffered severe lack of infrastructural development has been reformed and refurbished in its entirety.

Basically, all major roads in Jada have been tarred, with excellent drainages and walkways. Several schools, clinics and hospitals in and around the metropolis have been renovated.

Scholarships have been awarded and social enterprises have been supported. Women and youth have been encouraged to participate in sociopolitical activities in the society.

Politicians have been supported with projects, contracts and financial resources, all in the administration’s quest to cushion the terrible economic situation in the country.

With the very lean resources available to the government, major bridges on Mbulo-Ganye road and feeder roads have been constructed.

Communities around the metropolis that have never seen electricity have been connected to the national grid just as destroyed infrastructure have been renovated or reconstructed.

These, and much more progresses are all thanks to the leadership of H.E. Governor Fintiri and the capable representation of Hon. Adamu Atiku Abubakar in the state executive council.

But tomorrow is not just a big day for the people of Jada. It is also one of the best days for the PDP in Adamawa state.

This is for many reasons, the most important being that the former Vice President Alh. Atiku Abubakar hails from this historic town.

Alh. Atiku Abubakar is the most important political leader in the PDP and of course one of the most influential politicians in Africa, today. That his hometown has chosen to move entirely to his party signifies a huge political success.

More importantly, though, this is the same place where PDP had a run for its money during the 2019 elections. The magic that turned around this situation in just two years can only be explained by the man behind the success himself. And that is no other than Adamu Atiku Abubakar.

Similarly, tomorrow will not only signify success for Jada and PDP. It will also launch a new political era, a new political leadership and an enduring political front led by the youth and sustained by the elders.

While Adamu Atiku has made his indelible mark in the administrative front, tomorrow’s event will prove his yet to be known political sagacity. Most state and national political actors know him as workaholic – a private sector driven mind – but tomorrow will also show to the world that Adamu is equally a great political lieutenant of the Governor.

It will be proven that he does not only know how to build bridges on the roads but also political and social bridges. Indeed, under his supervision, bridges have been built in Yola and across the state, but more political bridges that brought warring parties, sworn enemies and political rivals together under the PDP umbrella have been built.

Thus, while tomorrow is the D-day for some reasons, it is also the beginning of an era that promises wonders and surprises in our political landscape.

May Allah help Jada, its people and communities.