Monarchy In Maiha An imposter, In Contempt Of Court, Calls For War Group Writes To Security By Adamu Muhammad Dodo

The excesses of Yarima Wakili Usman popularly known as Idi the third defendant whose appointment as the district head of Jalingo-Maiha District Maiha local government area of Adamawa state Nigeria, by governor Bindow of Adamawa state, was delegitimised by a Yola High Court on July 13, 2018 and was restrained from parading himself as district head, has reduced himself to a rebel threatening thunder and brimstone, causing dissension in a community that accommodated peaceful coexistence and harmonious relationship by understanding, recognising and respecting differences. The concerned indigenes of, resident in Maiha, as stakeholders to peaceful coexistence, called for caution by writing to the Commissioner of Police Adamawa State, through the Divisional Police Officer in Maiha to address such security risk in a letter signed by over One hundred members and copied to the Attorneys General of Adamawa state, Mubi Emirate Council, Maiha local government authority and other security outfits.

Sir, Complaint Against Threat To Peace, A Call For Redress.

We the undersigned concerned indigenes of Jalingo-Maiha District, Maiha local government area of Adamawa state, Nigeria, as stakeholders to peaceful coexistence and harmonious relationship, are hereby forwarding our complaint against threat to peace that is capable of plunging Maiha local government area and perhaps beyond, into unimaginable violence that could degenerate into anarchy as championed by Yarima Wakili Usman Shehu (Idi) taking advantage of the gullibility in the well armed youths to cause dissension and mutual mistrust over an issue he is forbidden by law to meddle in, but has used his obtrusively disastrous pedal to paddle.

Yarima Wakili Usman Shehu (Idi) as third defendant, was on July 13, 2018, restrained by court order from parading himself as the District Head of Jalingo-Maiha District but has decided to go into unhealthy romance with the contempt of court, thereby instigating a self-centered acrimony against a peaceful community. Yarima Wakili Usman Shehu (Idi), has on Friday, August 17, 2018, at about 10pm, entered Maiha in company of armed mob to wake the sleeping community that has not forgotten the ills associated with insecurity occasioned by insurgency, into a rather renewed war. Yarima Wakili Usman Shehu (Idi) has yesterday, on the occasion of Eid El-Kabir, parading himself as the District Head, in violation of court order, made utterances that seemed to be propagating violence, justifying the somewhat heinous act of the armed youths in procession, as his escorts, on the night of Friday, earlier referred to. He invited their parents to join in commending the youths for warlike intimidating outing. This is therefore, calling on the government to be proactive in addressing such a security risk situation in Jalingo-Maiha District before it gets out of hand.

Finally, we remain law-abiding, trusting that our complaint would be favourably looked into urgently earnestly.

The Periscope Investigate would analyse reveal the Maiha: Road To Aristocratic Anarchy Driven By An Imposter

Having heard the announcement of the appointment of the illegitimate to the stool to take over the district headship of Jalingo-Maiha District Maiha local government area of Adamawa state, Nigeria as approved by the state governor, ignoring the legitimate heir to the stool as being selected by the Mubi Emirate Council, the old wise one I took for a teacher in some certain respect, gave the experience a definition anarchy.

The governor appointed overambitious who could have nurtured in mind the art of leadership to mean suppression oppression, exploitation and bamboozle, launched his first assault against the Fulani farmers who are into livestock, cash crop and food crop farming.

Yarima Wakili Usman Shehu (Idi) whose appointment was being challenged before the competent court of law presided over by an incorruptible jury who would send to jail the guilty who would attempt bribing her against integrity for injustice, issued out a rather informal notice to the Fulani to vacate the grazing area they were being allocated to by the late district head of Jalingo-Maiha about 40yrs ago. That the land belonging to him would be put to royal-personal use. The hard hearted move was however to be challenged by the citizens who knew best how to identify legitimacy from Adam and how to prevent endemic epidemic. The next attempt at mortgaging peace was parading hims 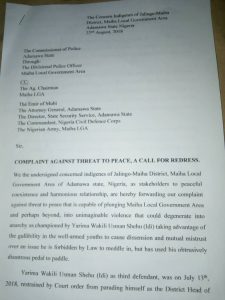 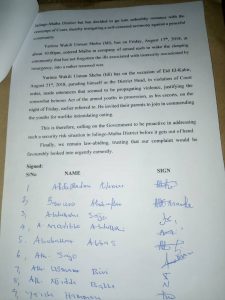 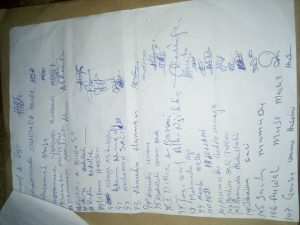 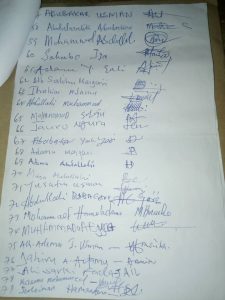 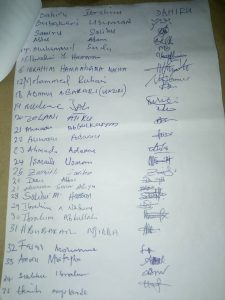 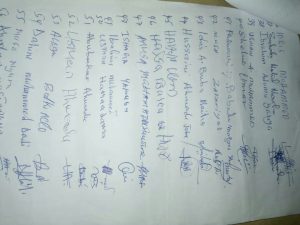