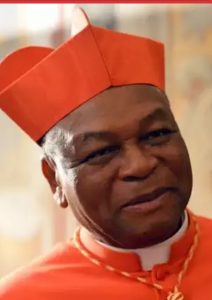 The Catholic Archbishop of Abuja Diocese, John Cardinal Onaiyekan, has identified a big problem with the agitation for a new minimum wage.

The cleric said the agitation might not yield its desired result because some people were benefitting from the present situation.

Onaiyekan spoke to reporters in Abuja at the First National Catechetical Summit organised by the Catholic Secretariat of Nigeria.

The theme of the event was ‘Revamping the Catechetical Apostolate in Nigeria.’

According to him, “The whole issue about minimum wage is very problematic in Nigeria.

“I hope you all know that whenever there is increase in minimum wage, it is the poorest and lowest wage earners who don’t gain.

“The agitation for minimum wage should be worked out in such a way that it really targets those who need it.

“Minimum wage should not be used as an excuse to increase the wages of those who are not even within the minimum wage bracket.

“What we understand by minimum wage is that nobody should be given a wage that is below the living wage.”