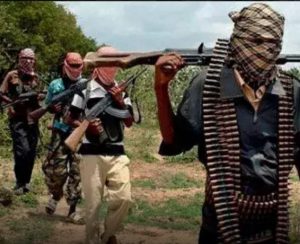 Multiple bomb explosions in the early hours of Saturday have been reported to have rocked Geidam, few kilometers away from Maiduguri, Borno state capital.

The Periscope Global Investigate is yet to find out the masterminds and the effects of the explosions.

Borno State is the epicenter of Boko Haram insurgency which has claimed thousands of lives and turned millions into casualties and refugees.

However, the electorates in Maiduguri said that even at the point of death, insurgency or any form of conspiracy associated with insecurity, would not deter them from exercising their franchise in determining a peaceful and prosperous future with best leadership that would compromise as accomplice to mortgaging the wealth and resources of the country.

I’ll congratulate myself, I’m going to be the winner – Buhari tells journalist