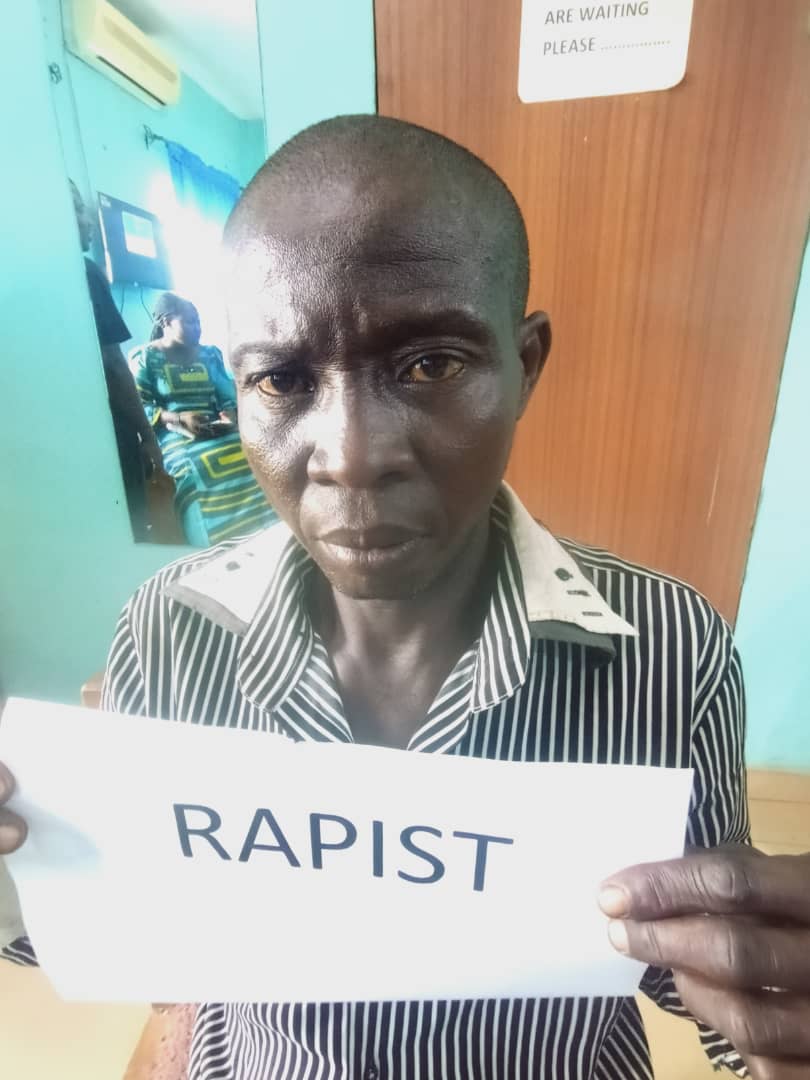 The Adamawa State Police Command has arrested 42 years old Mathew Joseph for impregnating his 17 years old daughter after having divorced her mother.

The press release Thursday, signed by the Force Public Relations Officer, DSP Suleiman Yahya Nguroje and made available to the Periscope, revealed that Mathew was arrested on 1st July, 2020.

“Mathew Joseph took advantage of his daughter having divorced her Mother for over a year.

“Investigation revealed that the daughter is now three months pregnant and is undergoing further Medical examinations.

“Consequently,the Commissioner of Police, OLUGBENGA ADEYANJU, fdc, While warning members of the public to desist totally from such attitude, equally assured that the police  would not take it lightly with anyone found violating laws of land,” Nguroje said.