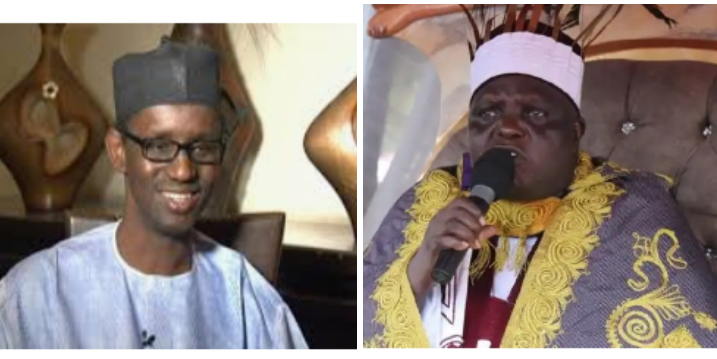 The internationally acknowledged and highly rated anti-corruption tsar, Malam Nuhu Ribadu has extended his heartfelt felicitation to the Numan federation and her paramount ruler, his royal majesty, Dr. Daniel Shaga Ismaila, (Kpawo Nemwe, Gilongo Diya) over his coronation and presentation of first class staff of office as the 29th ruler of the revered kingdom, by governor Ahmadu Umaru Fintiri of Adamawa state.

While expressing joy over the hitch-free exercise, The pioneer chairman of the Economic and Financial Crimes Commission (EFCC) expressed optimism that with an astute and highly cerebral traditional ruler, the kingdom would witness rapid socioeconomic development.

“It is my belief that with an astute and highly cerebral leader like Dr. Daniel Shaga Ismail on the throne, the kingdom is poised to witness massive turnaround in socioeconomic development.

“In fact, the relative peace being enjoyed since his coming to the throne is a pointer that the future will be replete with successes and positive trajectories.

“I call on all sons and daughters of the soil to support the peace initiatives being rooted by the traditional ruler so that the area could have an everlasting peace for its numerous potentials to be exploited,” Ribadu said.

Ribadu prayed Allah to grant the monarch sound health and long life in order to utilise his wealth of experience and depth of knowledge in transforming the kingdom.