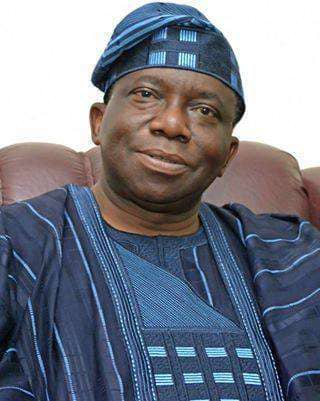 The federal government has appealed to state governors to employ more medical doctors in their respective state and ensure they are well remunerated to stop further migration of medical doctors abroad.

Health minister, Isaac Adewole, made the appeal at the 38th Annual General Meeting and Scientific Conference of the resident doctors in Ibadan on Thursday.

He said the federal government has put in place the third national health policy to reposition health sector and improve socio-economic development of Nigeria.

Adewole said: “Health is one of the sectors where you get good returns when you invest in it. On our part, we are working hard to reduce maternal mortality rate by 30 percent in few years.”

Speaking on many achievements of his ministry in the last three years, Adewole said no serious shortage of doctors in the country, adding that Nigeria has doctors than many countries in Africa.

“I will tell you what the situation is in Nigeria and many other African countries; data from Dental and Medical Council revealed that as of May 30th 2018, 88,692 doctors are registered with them. But only 45,000 are practicing.

“That is ratio 1 doctor to 4,088. In South Africa, it is ratio 1 to 4, 000 persons. In Cameroon, it is one to 40,000. Our problem is huge imbalance between rural and urban and disconnect between the South and the North. 50 percent of our doctors can be found in Abuja and Lagos when many facilities in the rural areas have no doctors.”

“Another problem is that states are not employing them. My appeal is that state governors should employ doctors; though many states won’t get doctors because they are not paying them good salaries and good remunerations.

“So His Excellency, ably represented by the Secretary to the Oyo state government, please use your position at the National Economic Council to appeal to other governors to pay our doctors their dues and wages. That is when you can get doctors. Also, they must equip hospital facilities right from toilet to laboratories.”

Also speaking, Oyo state governor, Senator Abiola Ajimobi who was represented by the Secretary to the State Government, Alhaji Lekan Alli lamented on the resurgence of massive brain drain in Nigeria’s health sector.

He said health has been identified as a cardinal area of utmost importance in human capital and capacity development of his administration.

He said: “In more recent years, Nigeria has been under attack by an epidemic of massive emigration of Nigeria health workers, most specifically nurses and doctors around the globe, the largest of it kind since 80’s.

“Currently, Nigeria battles with gross imbalance of doctors-patients ratio with current figure of practicing physician estimated at only 42,000 doctors for 180 million population in the country.”

The National President of the Association of Resident Doctors, Dr. Chinaka Ugochukwu, appreciated the government and the members of the association for their support over the years.