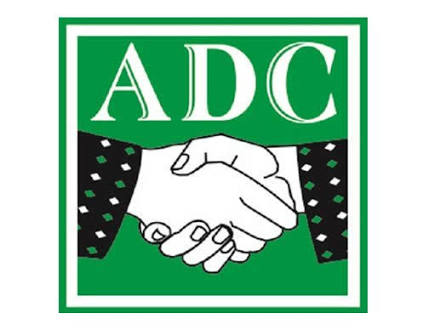 The contest was by observers, adjudged to be free, fair and peaceful, devoid of any deceit and lies associated with impunity.

The African Democratic Congress (ADC) Adamawa state meant business, politically battle ready to defeat the ruling party in the state, to wipe the tears of those who cried impunity alleged to be the legacy of the APC in Adamawa, which necessitated defection by the party members who found feuding in faction as unnecessary friction that would not fix the mess even when Oshuomhole the newly elected national chairman assured redress. The aggrieved faction felt that to finish it, would mean to defect and finally defeat it.

The defection was not out of seduction. It did not sound like fictionalisation of politics as well. Especially, with Senator Abdulaziz Nyako commanding.

While commending his efforts and having confidence in his leadership skills, in addition to taking a retrospective trip to the skills acquisition centres and the social welfare schemes in addition to other developmental programmes floated during the Admiral Nyako led government for which commodore Nyako was said to be the brain behind some of the achievements, the entire party members resolved that Nyako Jnr should go unopposed.

Summarily put, Sen. Abdulaziz Nyako, the son of Admiral Murtala Hammanyero Nyako the former governor of Adamawa state the hero who was said to have exposed the alleged accomplices to conspiracies associated with insurgency that eventually led to his illegal legislative impeachment who led the aggrieved governors to bring to an end the impunity in PDP the then ruling party and a most popular All Progressives Party (APC) chieftain in the state, has emerged the governorship candidate for the African Democratic Congress (ADC) in Adamawa state.

Nyako Jnr won election under APC in 2015 to represent Adamawa Central Senatorial Zone. He defected from the ruling party for alleged impunity to join ADC and was elected unopposed at the primary election conducted Monday in Yola.

Sen. Nyako scored 2,235 votes out of 2,274 votes cast by delegates from all the 226 wards in the 21 local government areas in the state, while 33 votes were declared invalid.

Announcing the results, the chairman of the party’s primaries committee, Saidu Abdullahi, described the election as peaceful, free and fair, saying the conduct reflected the strength of internal democracy.

In his acceptance speech, Abdulaziz promised to turn around infrastructure and governance in the state, saying the people of Adamawa had been neglected.

“We would address insecurity, drugs, farmer-herders crisis, to rid the state free from criminality. We are the first political party to conduct primaries, and would emerge victorious in 2019 elections,” he assured.

Sen. Nyako is said to be a strategist and political mobiliser that understood the impact of politics at the grassroots.

While the APC was in faction friction in the state, was being distracted on whether or not direct election would be adopted for primaries, ADC was gradually gaining ground in hamlets and villages of the entire local government areas of the state.

While, commenting, the electorates expressed their satisfaction with the outcome of the ADC primaries.

Some of the electorates settled with the Nyako choice, while others said ADC remained their next decision in the event that APC delegates resolved to bring back Bindow.

“That’s when you will know the strength of the aggrieved electorates humiliated by deceit,” one of the electorates remarked. Peace!