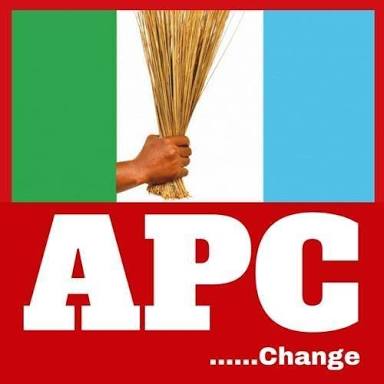 “I will continue to cherish and honour Atiku, and anybody who doesn’t like that can bottle me up like Coca-Cola.” GOVERNOR BINDOW

“The Adamawa State owned media and an army of social media miffs continue to mislead the Governor into believing that HE IS THE ONE” AND ONLY ONE.” CONSPIRATORIAL PSYCHOPANCY

The N162 billion 2018 budget which the Governor submitted to the Adamawa House of Assembly for approval got padded with a whopping figure of N15b, ending up with a total of N177 billion.” AN EAR TO THE GROUND

He is not a card carrying member of the ruling APC nor of any other political party. Buba Usman, 64, a former staff of Adamawa State Mass Literacy Education Agency, knelt before me and started flipping documents from a file folder that he drew from under his tattered kaftan.

Buba interupted an interaction session I was having with the community at Ribadu Wuro Mallum in Fufore local government area of Adamawa state. Almost in tears and emotionally charged, he had difficulty in pulling himself together to talk to me.

Realising the state he was in, punting and hyperventilating, I tried to calm him down. He could have easily passed out on us or worst, suffered from cardiac arrest. Luckily, he overcame his emotion and settled down.

Still breathing with laboured effort, he narrated his ordeal, which he claimed (was caused for him by the Governor Bindo Jibrilla administration.

He said he retired from the state civil service three years ago after putting in 22 years and reaching the mandatory retirement age of 60 years, but was yet to be even processed for his gratuity, talk less of pension. “No more SAK, ” he concluded.

In Fufore town, the chorus was the same – “the Government of Bindo Umaru Jibrilla has killed rural Adamawa,” they said, referring to the milking of the federal government statutory allocation to local governments to which the state government massively benefits through the fraudulent, disguised shared projects executed under section 162 of the Nigerian Constitution.

Fufore officially gets over N100m every month and there were times within the last three years it got up to N180m allocation in a single month, but as always ended up getting peanuts, not even enough to pay salaries after deductions by the state in the name of joint projects.

Yet, within the period under reference, there were only two projects started in that local government and both got abandoned at less than ten percent execution. The famed Girei – Daware – Pariya road at which launching ceremony the Governor through his late Chief of Staff said “the Bindo government endorsed Atiku Abubakar as Nigeria’s next president,” is one of them.

In fact, Atiku was the special guest of honour at the occasion, while the Governor was the chief host. The outburst of the Governor’s Chief of Staff was mild compared to what the Adamawa State chief executive said by himself: “I will continue to cherish and honour Atiku, and anybody who doesn’t like that can bottle me up like Coca-Cola,” he told Nigerians.

Poverty is currently at its highest level in the state, because only corporate firms get all the contracts. Triacta, a company ran by foreigners is the biggest industry in town and so, nothing trickles down to the little men and women on the main street. To the extent that some people even envy the Boko Haram refugees kept in the IDP camps situated across the state. At least they get free two square meals a day.

Aside from the artficial poverty, the political atmosphere in the state is very much pregnant with uncertainty. Any stranger who breathes in to the state capital will within a minute feel the tense environment – so thick that you could cut it with a knife. It is reminiscent of the one Nigerians felt in 2015, few months to the ouster of Goodluck Ebele Jonathan who, until the last minute was oblivious of the political reality on ground. He became the proverbial king that went round his kingdom stark naked on the illusion that he was wearing the best silk garment ever made for any king.

Government ran radio and television stations and those of some private stations like AIT promoted him as the best thing to ever happen to Nigeria, while villifying General Muhammadu Buhari, then, his main challenger.

The word illusion will have to be redefined for anyone to understand the gravity of the point I am trying to stress here. It just cannot be any worse. The Adamawa State owned media and an army of social media miffs continue to mislead the Governor into believing that HE IS THE ONE, AND ONLY ONE.

The Governor has as well prides himself with the urban roads he executed in the state capital, Yola and Mubi, his hometown. Yet, Adamawa people are unanimous in their believe that the cost of the projects do not tally with the revenues accrued to the state from federal allocation and the state’s IGR.

Based on the State’s budget in the last three years and loans obtained, over N500 billion was accrued to it, including the debt relief largesse released twice by the Federal Government for payment of outstanding salaries to workers, but for which local government staff and health workers did not benifit from and are still being owed several months of wages.

The N162 billion 2018 budget which the Governor submitted to the Adamawa House of Assembly for approval got padded with a whopping figure of N15b, ending up with a total of N177 billion.

The truth is, the Bindo government created hardships for the people of Adamawa State and like I poited out earlier, the only industry that is working there is Triacta, the foreign company that is solely contracted to execute the roads projects and sadly, nothing filters down to the citizens.

Local traders in towns and villages usually rely on the purchasing power of local government staff and primary school teachers to make it, but with salaries not forthcoming for months, many have gone completely bankrupt.

The Adamawa people, a significant chunk of whom are registered members of the ruling APC, were in the process of solving their problem of voting out the Governor through the most democratic means – direct mode of primary election, when the APC – NWC announced that the process is now going to be through indirect mode.

In effect, the NWC has shot and crippled Adamawa APC by that decision. The governorship, should Bindow clinches the ticket, will certainly go to either ADC or the PDP in the general elections. Protest votes will make that possible. The 2015 SAK phenomenon that he hopes to ride on will not work this time. Apart from his troubles with unpaid civil servants, he had long lost the confidence of majority of Adamawa people, especially the grassroots.

The politics of minority versus majority that he created and championed, the deceit he planted in high places by promising almost everyone he perceives as a possible challeger that he will handover the office to him in 2023 completely exposed him as a man of many words who lacks integrity and therefore, can never be trusted.

For example, he allegedly visited Malam Musa Bello, father of the FCT Minister, Muhammed Bello and told him that he will handover the mantle of leadership of the state to his son in 2023. He allegedly made the same promise to one of Adamawa’s most revered traditional ruler that his son will be next. He also allegedly promised the first lady, Aisha Buhari that her brother, Dr. Modi Halilu will inherit the Dougirei stool and lately, it is the turn of the new SGF, Boss Mustafa that has become the latest victim.

Governor Bindo’s greatest crime however, as far as the Adamawa masses are concerned, is his alleged death wish for President Buhari who, upon advise of his doctors, spent sometime in London in 2017 to recuperate from health challenges.

The Adamawa Governor was alleged to have worked hard to convince Vice President Osinbajo to pick him as VP, because he was allegedly sure that only the President’s corpse will return to Nigeria. To boost his chance, he allegedly visited some of the VP’s close associates and friends, including Pastor Adeloye of the RGGC and sought for their blessings and support to get the VP to endorse him. Having known the VP as a man that cherishes his boss, and gives him absolute loyalty, I doubt if he ever took the Governor seriously.

That dream candle is still burning in the mind of Jibrilla and his supporters who freely discuss the prospect of the 2023 project. To them, the only thing standing between him and becoming Osinbajo’s VP in 2023 is securing second term as Governor.

As I have written not too long ago on this page, President Buhari was fully aware of the machinations that went on while he was away in London. After all, as the country’s numero uno, he has a lot of eyes and ears that work for him with up to the minute update on anything and everything.

Bindo is lucky that Buhari is not vindictive. Former President Obasanjo would never have shied away from rolling some heads as it were.

I cannot predict the outcome of the indirect governorship primary in Adamawa that Governor El-Rufa’i and other powerful APC juggernauts mid-wifed and imposed for the benefit of their colleague and friend, but El Rufa’i himself has shot himself in the foot, having allegedly also interested in becoming Osibbajo’s Vice President in 2023. He just gave his major rival a lifeline that he may come to regret.

The honours now lies with the Adamawa APC delegates to do the right thing and vote for the freshest face in the tournament; a man with the zeal to work for Adamawa people and not to rip them off; a man that is without any kind of baggage and is non-controversial, a man that posses the integrity and capacity to pull out the state from the current duldrum; a man that is capable of futher solidifying the unity of our peoples – Dr. Mahmood Halilu Ahmed.

No matter what, however, the President will certainly get massive votes from the people of Adamawa State in 2019, but for governorship, the APC is dead on arrival, if Jibrilla emerges as the APC flag-bearer. The NWC may have delivered the fatal bullet that might take the party down in Adamawa. Very sad.