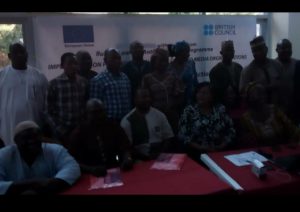 Civil Society Organizations (CSOs) and Media in Adamawa have commenced deliberations on their role in facilitating the implementation of Adamawa State Anti-Corruption Strategy (ADSACS) and Justice Sector Reform Reform Team.

Speaking at the opening ceremony of a planning workshop on the implementation of ADSACS and JSRT for CSOs and the Media, the State Project Coordinator, Mrs Hapsatu Abdullahi, said the workshop support by European Union and British Council was in furtherance of the anti-corruption strategy and Justice sector development and implementation in the state.

Abdullahi said the workshop was to support the CSOs and media organizations to identify priority activities they could immediately execute toward facilitating the implementation of ADSACS and JSRT.

Abdullahi said the CSOs and the media were also to make recommendations to relevant state government MDAs priority activities that could be implemented immediately.

“It may interest you to recall that the Adamawa state government with support from European Union funded Rule of Law and Anti-Corruption programme in strengthening the capacities of government institutions and CSOs to engage in public dialogue and criminal justice and anti-corruption policies and issues.

“Furthermore, the state has developed and validate the ADSACS to serve as the mechanism for coordinating and harmonizing the state government’s efforts towards a more sustainable, transparent and accountable governance in the state,” Abdullahi said.

In her remarks, consultant for the programme, Dr Ada Ezeh, said the implementation of the programme would not only minimize corruption and speedy dispensation of Justice in the state, but promote good governance necessary for position developments in the state.