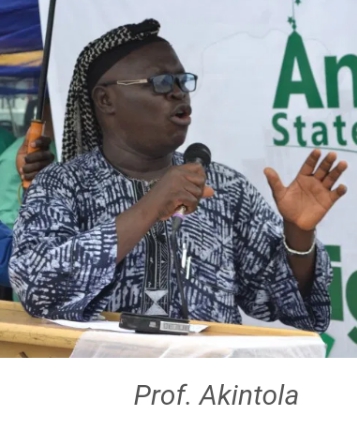 MURIC warns against reprisal attacks on Christians in Kano, other Northern states

Nine Muslim children who had been kidnapped, converted to Christianity and sold into slavery were rescued by the Kano Police Command on Friday, 11th October, 2019. The children were abducted in Kano and taken to Onitsha in Anambra State.

The abduction has been condemned by an Islamic group, the Muslim Rights Concern (MURIC) which spoke through its director, Professor Ishaq Akintola, on Monday, 14th October, 2019. In its most recent press release, MURIC described the latest discovery as nauseating, wicked and reprehensible.

“Kidnappers have taken over the house of God. The phenomenon of kidnapping for Christ has now rented the air. We are shocked to our marrows. It is the height of acrobatic religiousity, gymnastic spirituality and paradoxical criminality. It is such a big shame that some Christian fanatics will live among us only for the purpose of abducting our children, converting them to Christianity and selling them into slavery. Kidnapping for Christ is disgusting, nauseating, wicked and reprehensible.

“We see it as an extension of the ‘Nigeria for Christ’ slogan. Christian evangelists are no longer satisfied with their illegal taking over of commercial vehicles where they scream over the heads of peaceful and law-abiding Nigerians going or coming from work. The overnight vigils where they raise noise level beyond 100 decibels are not enough for them.

“They are now stealing our children as the latter emerge from their Islamiyyah schools. Why do they hate us so much? Why do they pretend to be our neighbours? An open declaration of hostilities would have been better because it would have alerted us to the fact that we are living in the midst of foes.

“Nonetheless, MURIC will not allow emotion to becloud its intervention in this sensitive and ugly development. We are aware that not all Christians are involved in this criminal behavior. Many adherents of Christianity are decent and peace-loving. Such Christians will never decend so low as to seize, convert and sell Muslim children.

“We therefore appeal to Muslims throughout the federation to dispassionately separate the wheat from the chaff. This Kano 9 incident should not be allowed to generate animosity between them and their Christian neighbours. Neither should it ignite spontaneous attacks on non-indigenes in Muslim majority areas.