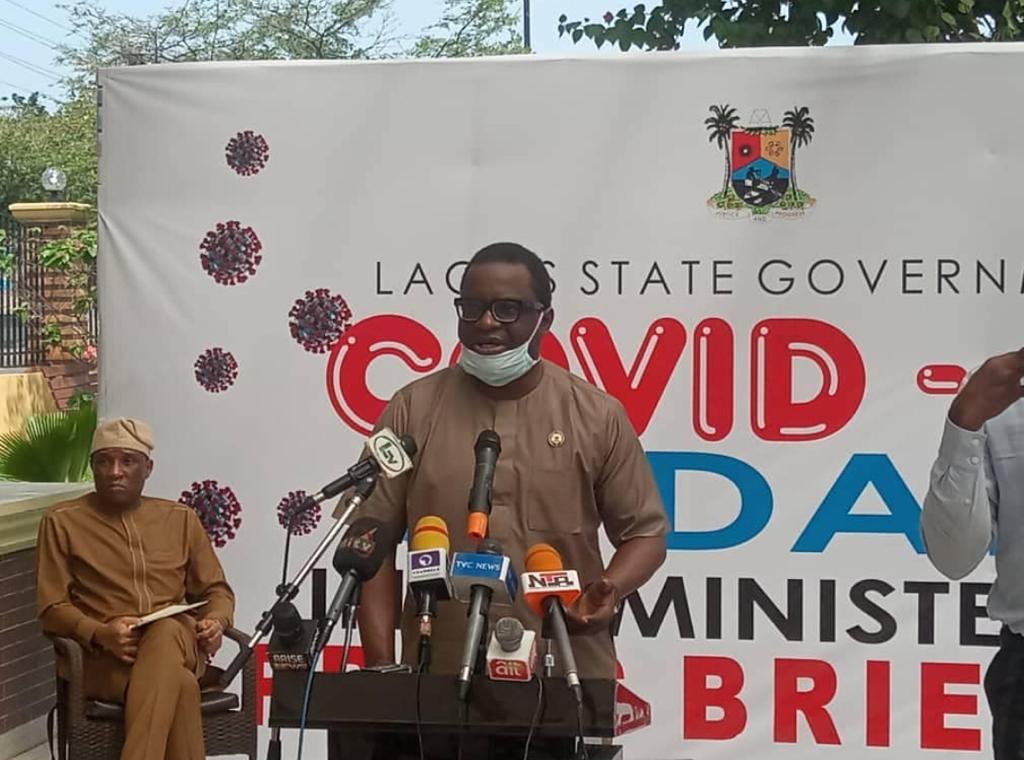 The Lagos State Government has said it would commence chloroquine clinical trial for the treatment of the novel coronavirus disease within the next one week or thereabouts.

This is sequel to the approval by the National Agency for Food and Drug Administration and Control that chloroquine could be used for the clinical trial treatment of the deadly disease.

There were 386 new cases on Friday, pushing the total cases in the country to 3,912. The number of deaths increased to 117 while 679 persons have been discharged so far.

The state Commissioner for Health, Prof Akin Abayomi, said at a media briefing in Ikeja on Friday that there would be three arms of the trial, capturing treatment, prevention and care for high-risk individuals, like elderly persons with underlying ailments such as hypertension, diabetes and obesity.

Findings by Saturday PUNCH revealed that the state submitted its final protocol to NAFDAC on Thursday evening as it awaits the approval of the agency in preparation for the commencement of the hydroxychloroquine clinical trial treatment next week.

The Director-General, NAFDAC, Prof Mojisola Adeyeye, also confirmed to Saturday PUNCH a few weeks ago that only Lagos State, which has the highest number of cases and is the epicentre of the virus in the country, had signified interest in using the drug for a clinical trial to find treatment for the virus.

And in a recent interview with one of our correspondents, the DG said the state government had sent its protocol to NAFDAC for final approval which would allow it to begin the clinical trial.

She said, “For a clinical trial, you will have to write a protocol and Lagos State submitted its protocol to us. We vetted it back and forth and now they are about to start. It has to be well designed because whatever comes to the scientific world must be defensible. That is the essence of clinical trial treatment planning.

“It has to be well thought out. How many patients will give us a statistical result that will be interpreted well and give a level of confidence? So, these are the kinds of things that go into a clinical trial protocol. We have come alongside Lagos State to review their protocols and they are about to start.”

However, the commissioner said on April 7 that the state had concluded plans to start COVID-19 clinical trial in partnership with the Nigeria Centre for Disease Control and other institutions.

Meanwhile, addressing journalists on Friday, Abayomi said the clinical trials were coming at the most appropriate time given the number of cases the state had been recording in recent times. He noted that the state would use hydroxychloroquine produced by original manufacturers and not the generic one and that the state was set to receive “thousands and thousands of the tablets.”

He said, “To put together a clinical trial is a very difficult thing; there are people that specialise in clinical trial research. We have to perform the clinical trial in such a way that we would be able to get a very clear result out of it and it won’t have any bias.

“We are planning almost three arms of the hydroxychloroquine trial; one arm of the trial would be for treatment. In other words, if you present with COVID-19 and you test positive, does hydroxyl chloroquine improve your chances of not dying from it or does it shorten the amount of time between when you are diagnosed and when you are cleared of the virus and you are ready to be discharged?

“We are also using it as prevention. For example, if you want to test, when you give the hydroxychloroquine to the health care professionals as prevention, does it protect them from getting infected by COVID-19?

“We also want to use it among people in the communities who have high risk. For example, somebody who is over the age of 70 with hypertension, diabetes or obesity, we know that if you have COVID-19, you are at risk of developing severe to critical symptoms, so if we give members of the public on this clinical trial access to the original hydroxychloroquine, we will protect certain high risk persons from developing or contracting COVID-19.

“These are the arms we are developing in our clinical trial strategy. There is a lot happening around this activity and I think within the next week or so, we would have commenced the trials.”

The commissioner noted that it needed NAFDAC’s permission, ethics approval and recruitment of the participants in the trial.