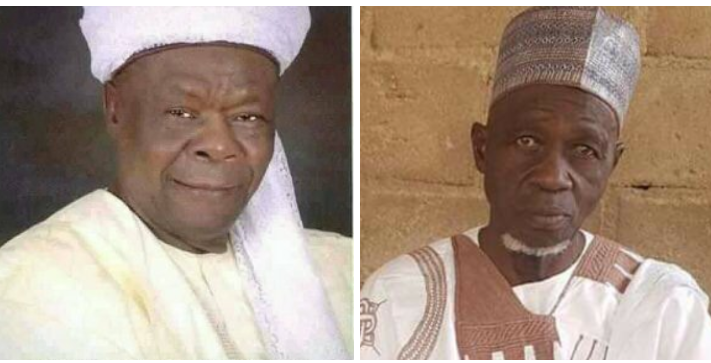 The management and staff of Federal Medical Centre, FMC Yola and Hospital Paupers Fund HPF Yola, Adamawa state, northeast Nigeria have jointly comniserated with the families of late Saidu Ithari Tarfa, the district head of Garkida, Gombi LGA and husband of Hajiya Fadimatu and late Alhaji Ayuba Musa Mammawa of Song LGA, over the death of the district head and Alhaji Ayuba.

Hajiya Fadimatu the wife of the late district head of Garkida, popularly known as Mrs Tarfa and the late Alhaji Ayuba Musa Mammawa were among the nine external members – carefully selected retired but not tired civil servants – of the Hospital Paupers Fund HPFYola, who were inaugurated  in August 2015.

Preliminary activities to do with registration of the fund’s scheme with a view to facilitating opening of bank account in addition to formalising the platform and the framework; to do with fund raising, took immediate effect. However, financial intervention by means of footing the bills of indigent patients was started about a year later, in June 2016.

HPFY was established by Prof. Auwal Muhammad Abubakar led management of FMC Yola, having realised that some of the patients admitted in the health facility were unable to pay for the necessary services rendered, namely; investigations, surgery, medication, management and bed space.

The frequency of such experience kept increasing at an alarming rate; with a view to addressing the challenges, the management of the health facility set up the Paupers Fund Committee to solicit for funds from individuals and groups, to be able to pay for the services rendered to the indigent in-patients.

The fund’s scheme is guided by the following terms of reference:

* To seek for funds from individuals, groups and corporate bodies, so as to pay for services rendered to the indigent in-patients by the health facility.

* To scrutinise those recommended for assistance ensuring that they met all the laid down criteria for the free medical services.

* To, On the bases of facts, authorise the hospital authorities to effect the required services.

* To, at the end of the entire treatment, confirm the cost of services rendered.

* To periodically pay the amount for the services rendered through hospital’s Treasury Single Account TSA.

There is the screening process to be followed before an indigent in-patients can access free medical services as follows:

* The beneficiary must be an in-patient with a Hospital Number.

* The doctor/team of doctors managing the patients will identify who are those needed to be considered and recommend same to the Head of Clinical Services HCS.

* The HCS will invite the social welfare unit of the health facility to screen the requests. Social Welfare staff is an internal member of the fund’s scheme.

* The social welfare will get to interview the potential beneficiary with a view to ascertaining that the patient being considered, has no means either directly or indirectly in meeting the cost of the services.

* While confirming that the patient met the criteria to benefit from the funds, the details are forwarded to the HCS for approval for the person to be funded from the Paupers Fund account.

* On the basis of the HCS’s approval, the Chairman of the HPFY will give clearance for the recommended amount to be committed.

* Emergency Cases: Where emergency is the case, the patient is first treated before procedure is followed to ascertain the eligibility of the in-patient.

* After a patient is approved to benefit from the fund’s financial resources, the hospital staff member responsible for the services to be rendered is duly informed and the beneficiary is attended to, for an amount equal to but not exceeding what has been approved by the HCS.

* At the end of the treatment, the detailed expenses on the patient is collated and scrutinised by the welfare staff and the secretary to the fund’s scheme to arrive at the actual amount to be paid to the hospital.

* The actual amount is then paid to the Single Treasury Account TSA of the hospital. This arrangement is done without any cash exchanging hands; funds received are deposited into the account of the HPFY; payments for services rendered are made through the TSA of the FMC Yola.

* The maximum amount to be approved by the HCS per patient is N70,000. Where there is need for a higher amount than that, a further approval of the HCS is required.

* Experience has shown that very few cases require funds beyond that initially approved by the HCS.

* The average  expenditure per patient in the last 3 years has never exceeded N40,000 as can be seen from the earlier analysis, justifying that the the ceiling of N70,000 per patient is adequate.

Both Mrs Tarfa and Alh. Mammawa have been committed members of the Paupers Fund. Their integrities have contributed to the trust and confidence people have in the Paupers Fund Scheme.

Mrs Tarfa was a teacher and principal who served in many schools in the state. She was my English Literature teacher decades ago in GMMC Yola. She has so many old boys to commiserate with her over the death of her husband and to support her by donating to the HPFY for which she is a founding member.

When the Former Vice President Atiku Abubakar the Waziri Adamawa was introduced to the fund’s scheme, he expressed his satisfaction and interest to contribute to the activities of the fund’s scheme due largely to the list of trusted members.

Waziri said that apart from being his college colleague, Mammawa a man of integrity was his friend and confidant.

Waziri was the first person to make a huge donation of 10m and another 10m a year later, having fully satisfied with the transparent manner with which the activities of the fund’s scheme are being carried out.

The above is taken from the HPFY’s 2019 annual report, excluding the committee’s  activities for the Year 2020.

Mrs. Tarfa was grateful for the condolence visit. She sermonized that every living being must definitely taste death and be accountable of their deeds, praying that “may the God Almighty accept our devotions and selfless services as worthy of abundant reward.

Mammawa family was grateful to the management of FMC Yola and the HPFY, where they acknowledged that late Mammawa was given adequate attention and proper management in FMC Yola where he was admitted at no cost. However, the Almighty decreed that it was time to go, “he therefore would have to leave us”.

FMC Yola and HPFY prayed that may the families of the decreased left behind be blessed and have the fortitude to bear the irreparable loss. May God have mercy on the deceased and grant them Jannatul Firdaus as their final abode.

HPFY has lost three of its founding members with the death of Mammawa of blessed memory.

The first to go was Alh. Muhammad Kaigamma, the Kaigamma Mubi, Mubi Emirate Council. He was replaced by Hon. Shehu Muhammad who led a delegation for the condolence visit to the Tarfa and Mammawa families on Thursday.

Mr. Benatus Abbo Jiddere, representing the Ganye Chiefdom, was the second to join the ancestors. He was replaced by a Ganye Prince, Pharm. Innocent Sanda, a brother to Gangwari Ganye.

Gangwari is among the monarchs who not only blessed but also donated to the HPFYola, following HRH the Lamido Adamawa with the Emirate Council Members.

The Periscope has written about the late district head of Garkida; the condolences that followed his death.

The tributes to late Mammawa articulated by my brothers, Hon. Sadiq Ibrahim Dasin a HPFY stakeholder, whose initiative has generated close to N1m to the fund’s scheme and Abu-Taqiyah Zumo, are worthy for the Periscope publication, thereby solving my creative task.

As we answer “Amen!” in chorus to the prayers seeking for highest paradise to the deceased, as a social responsibility and a collective undertaking, we should also support the fund’s scheme by donating through the following bank account:

Please donate generously. It’s a worthy sowing to reaped in the day hereafter.

For further inquiries, HPFYola’s secretariat is cited in FMC Yola.