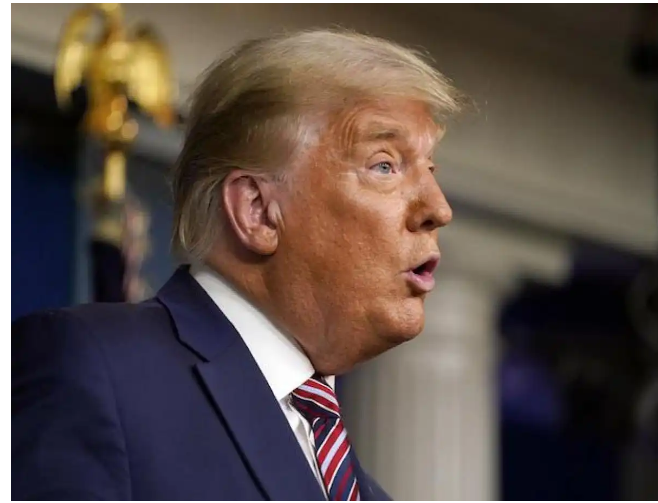 President Donald Trump has virtually conceded defeat to Joe Biden agreeing to begin the transition to the Democrat’s administration while also making claims that he will be the ultimate winner of the November 3 election.

In a Monday evening tweet, Trump said that he was asking General Services Administration head Emily Murphy to cooperate with Biden to facilitate his transition to become the 46th President of the United States.

The announcement came 16 tension-filled days after the media had declared Biden winner of the election, while Trump has refused to concede citing the vote-counting that is still going on.

In another wrinkle in the process, Murphy, however, denied that she made the decision to cooperate at the behest of Trump.

In her letter offering to work with Biden, she wrote, “I came to my decision independently, based on the law and available facts. I was never directly or indirectly pressured by any Executive Branch official — including those who work at the White House or GSA — with regard to the substance or timing of my decision. To be clear, I did not receive any direction to delay my determination.”

Biden transition’s Executive Director Yohannes Abraham welcomed the announcement calling it “a needed step to begin tackling the challenges facing our nation, including getting the pandemic under control and our economy back on track.”

Trump made the announcement that he will cooperate with the transition hours after Biden announced several key foreign affairs and national security designations, including Antony Blinked as secretary of state.

“In the best interest of our country, I am recommending that Emily and her team do what needs to be done with regard to initial protocols, and have told my team to do the same,” Trump tweeted.

But he did not formally concede defeat keeping a flickering flame of hope alive for his base, adding to tweet, “Our case STRONGLY continues, we will keep up the good fight, and I believe we will prevail!”

Biden had warned that “more people will get infected and die” from Covid-19 if the transition process is delayed and his incoming administration’s ability to counter the pandemic from Day One is hindered.

It assumes importance because he will be taking over in the middle of the distribution of the coronavirus vaccine.

Murphy had refused to provide funds and facilities for the Biden Transition because the results have not been officially announced and Trump had not conceded defeat.

In the US system, the winner of a presidential election is entitled to get access to intelligence briefing, government officials and funds to run the transition office till the formal swearing-in on January 20.

Biden’s election will be final on December 14 when the electoral college votes.

Biden has 306 votes among the electors elected by the states and Trump has 232, the media announced on November 7 based on their projections of the voting.

Biden also leads in popular votes with 79.8 million votes, or 51 per cent of the total, while Trump got 73.8 million votes or 47.2 per cent, although it is the distribution of votes among the states that determines the composition of the electoral college and the final outcome.

Trump defeated Hillary Clinton in 2016 despite failing to get the majority of the votes.

Since the Federal Election Commission does not have national jurisdiction over the elections and only the states, and, even, counties run them, the results dribble in.

Georgia, where Biden won by only 0.25 votes declared the results officially on Friday and Michigan today.

Pennsylvania, which was to have made the official announcement or certification on Monday did not appear to be able to do it because some counties were not ready.

Underneath his bravado, Trump has accepted Biden’s victory even as he might continue legal challenges to the election, some of which he has already lost.

(Arul Louis can be reached at arul.l@ians.in and followed on Twitter at @arulouis)