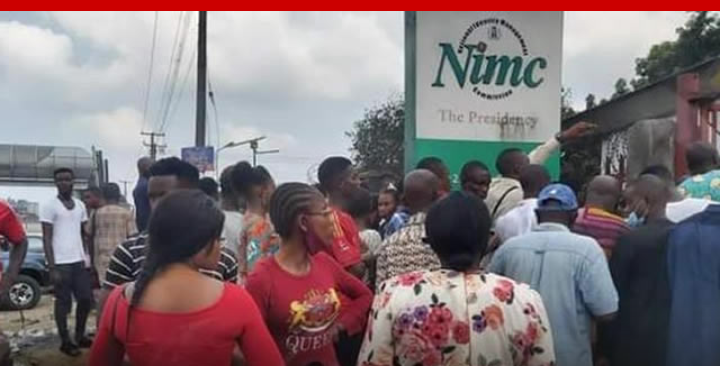 The Federal Government has suspended workers fingered in extortion at enrolment centres of the National Identity Management Commission.

This was disclosed in a statement by the Commission’s spokesman, Kayode Adegoke, on Sunday.

Officials of the Commission in Kaduna and Bauchi States had been accused of demanding for gratification from those seeking to register for the NIN.

Adegoke said the act was inimical to the policy directive of the Federal Government, which required mobile network subscribers to update their Subscriber Identification Module registration with a valid NIN.

The Minister of Communications and Digital Economy, Isa Pantami, who was said to have ordered the immediate suspension of the staff involved in the extortion of applicants, restated his zero-tolerance stance on extortion, bribery and corruption.

Pantami noted that such unethical practices if allowed to fester and not nipped in the bud by taking stiffer actions against the culprits had the potency of derailing the SIM-NIN integration project.

He said enrolment for NIN was free of charge, adding that on no occasion should anyone pay to obtain an enrolment form or to have their biometrics captured.

The statement by Adegoke added: “All personnel involved in the enrolment and NIN issuance exercise must carry out their respective duties professionally, fairly and with integrity.

“In light of the above, we wish to call on the general public to assist us in putting our commitments into action by sending proof of any nefarious activity within and around our enrolment centres.”