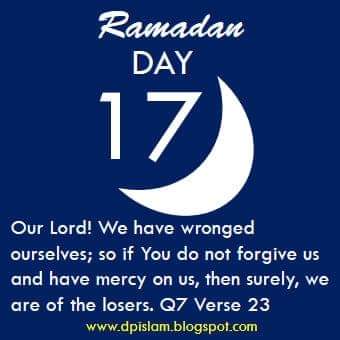 Fulfulde is no longer related to bribe in Maiha local government area, it is a language generally spoken in every house.

In fact, some tribes or languages in Maiha local government area have gone to extinction, given way to Fulfulde for the most part, joined by Hausa and English languages, owing to the influence of administration, education and commerce.

Over 95% of the population in Maiha local government area are Muslims as much as above 98% population of Jalingo-Maiha District are devoted to Islam as professed faith; little wonder she is considered as Makkah and Madinah models put together; check out the beautiful rhyming words or names; Madinah, Makkah, Maiha; check out the date trees in almost every house and how hospitable are the people of Maiha; typical of the Madinah read in history of Islam.

For over 214 years, the aristocracy or the monarchy in Maiha traced before Bubayero, identified as Mujahedeen, credited for hoisting Islamic flag in Jalingo-Maiha, received directly from Bn Fodio.

For a son of a Wakili who was appointed only by the late district head, to claim the stool of his father’s master, simply because his father was in the early 80s coerced on the people by suspending the district head; an unlawful act committed by late Juta as acting governor, for not belonging to the same political camp among other sentiments you could draw conclusion, is to say the least, an act of impossible imposition of impostor.

The law never allowed the late district head’s appointed Wakili to be superimposed on his master as much as the military would not allow a the unjust regime to tarry longer.

For those claiming that the Fulani have taken away their traditional leadership and that this is the time to reclaim it, should remain conscious of the fact that history is there to reflect rather than being obnoxiously falsified.

Which of the families that built the district head palace? The aristocrats who have long history of leadership over 214 years. It is based on this consideration that the Emirate Council’s selection and recommendation of the heir not liar to the throne were made.

The question that is remained unanswered is where has the family claiming the monarchy other than traced to the Ubandoma, 214 years ago?

In matters of conflict resolution and adjudication of not abnegation of justice, fairness and rule of law, the court; an aspect of judiciary has the final say.

Over 7 years after death, over 3 years after the High Court judgement and over 7 months after the Appeal Court determination and the futile efforts by the coerced appointed, courts squashed to make further appeal to the final apex; the Supreme Court, Jalingo-Maiha district head palace remains vacant due to the undue executive delay in honouring courts orders; to approve the appointment of the Emirate Council recommended and courts declared district head of Jalingo-Maiha.

“Suspecting foul play and the constraints of the listened to voices in straightening and strengthening justice, the concerned youths of Jalingo-Maiha district, joined by the elders have organised month Ramadhan Qunut prayers against injustice, hypocrisy, conspiracy and complacency allied in delaying, perhaps with a view to deny the legitimate heir, his family stool, supported by the community; the Ummah entity.

“Our Qunut prayers enter day 17 today being the 17th day of the blessed month, trusting that Allah SWT will wipe our tears,” the youths would remark