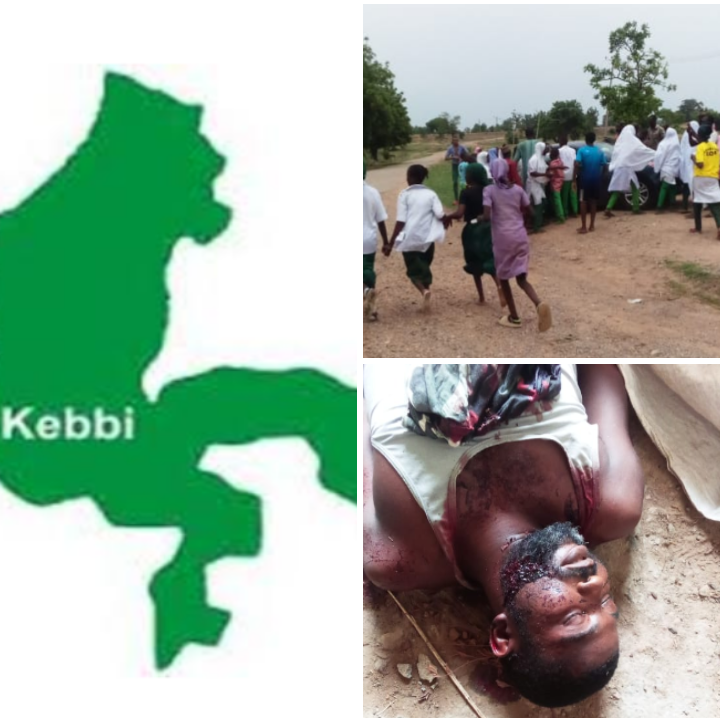 * A Real Boko Haram, Attacking Schools To Scare Away Parents

A source revealed to the Periscope that the gangsters raided the school in the morning of Thursday between the hours of 10 and 11 to abduct teachers and students.

The source said it was a fierce battle between the Mobile Police who were less armed and the gangsters wielding sophisticated weapons.

“The Mobile Police deployed to protect the school, perhaps by way of responding to the threatening letter, have gallantly put a fight. They were however overwhelmed by the number of the gangsters and the sophistication of arms ammunition and amulates engaged in the duel; making the school a battle field.

“There are casualties on the side of the criminals and the courageous Mobile Police whose Hillux vehicle was used as booty in the abduction of teachers and students whose names and numbers are yet given, the source disclosed.

Some members of staff of the school who escaped by a whisker; some taken to their heels others risking their lives hiding in the classroom ceilings blamed the principal for the tragedy; lamenting that the principal ought to have acted on the threat letter, to have closed the school, allowing students to stay at home, away from the activities of the kidnappers.

“The criminals have earlier given a notice that they would attack the school. The principal was however stubborn not to send students back home till further notice. Now look at the consequence.

“Please join us in prayers for our abducted brothers, sisters and children to regain their freedom unhurt and for those in schools considered as targets by the insurgents.

“This is the real Boko Haram in the core north, where schools are recently, frequently attacked, clearly intended to scare away parents from sending their wards to school and students from the thought of going to school; a fantastic conspiracy indeed”.