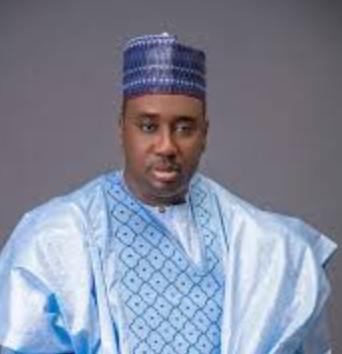 * Tells Wafarniyi Theman to resign from the party secretaryship for governorship

* It is most unfair for the party to allow Wafarniyi Theman to remain its caretaker secretary despite publicly announcing his intention to contest the gubernatorial election, come 2023

An All Progressives Congress (APC) gubernatorial hopeful in Adamawa State, a title holder of Dan Maje Adamawa, Ahmad Hamman Nasara has told Wafarniyi Theman to resign from his position as secretary of the party for declaring his intention to contest the 2023 gubernatorial election.

In a statement he forwarded to FACT-CHECKNEWS, Nasara pointed out that it is preposterous and injustice of the highest order for the party to allow a man with such a vested interest to remain a member of the SWC, noting that such development might cast a slur on the integrity of the party if left unchecked.

“I deemed it necessary to draw the attention of the chairman and by extension the stakeholders, because of my abiding faith in APC’s posture to be just and fair to all manner of people.

“Secondly, I also humbly wish that this terse but timely discourse will serve as a wake up call to the fact that, the party cannot thrive on the premise of injustice and lack of respect for the time tested democratic ethos of fair play and just treatment to all, regardless of one’s inclination or background.

“This mindset is anchored on the belief that APC is a party that is solely rooted on the spirit and letters of justice and respect for the rule of law.

“It is on this note that I find it compelling to say that, it is most unfair for the party to allow Wafarniyi Theman to remain its caretaker secretary despite publicly announcing his intention to contest the gubernatorial election, come 2023.

“If this is allowed, then the party would lose its touted credibility and its posture as an altruistic platform, which strives to provide a better alternative to the ruling party in line with the maxim that says, ‘charity begins at home’.

“Going by the extant laws of Nigeria and our political party, it amounts to a serious travesty of the gravest order to allow such injustice to manifest in a party, which promised Nigerian’s a better deal and the provision of dividends of democracy.

“Also in line with the adage which says, ‘a stitch in time saves nine,’ I humbly expect the party leadership and all stakeholders to ensure that this anomaly is promptly addressed before the party takes a slide to anarchy,” the gubernatorial hopeful said.