* Gov Fintiri must be commended for ensuring security, peace and unity in the state

* He came met and conquered worst forms of insecurity
– Boko Haram in the northern zone
– Dreaded Shilla boys in the central zone
– Farmers/herders conflict, in Numan federation and the intractable Lunguda/Waja ethnic war in the southern zone
– Rampaging activities of kidnappers across the state.

* Gwanah’s attempt to paint the governor as taking a side, maintaining a lukewarm attitude in Lunguda/Waja ethnic strife, is unfortunate

* Fintiri is proactive, maintains neutrality in the conflicts zones

* Deputy Gov isn’t a predator, doesn’t take side a while lading arbitration for arms down conciliation 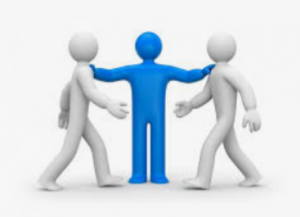 The attention of the Lamurde Diyale cultural association has been drawn to an open letter to His excellency, governor Ahmadu Umaru Fintiri, the ATM governor by one Emme Emma Gwanah who accused the government of doing little to suppress or address the intractable and lingering ethnic strife between the Lunguda and Waja border communities of Adamawa and Gombe States.

As a cultural organization that has been promoting peace in Numan federation, we are deeply worried by the way Gwanah in his open letter pointed accusing fingers to the Deputy Governor whom Governor Ahmadu Umaru Fintiri mandated to broker peace among the warring Lunguda and Waja communities.

One of the beauty of democracy is the unassailable freedom of speech it gives to all manner of people in exercise of their fundamental rights to air their concerns over matters which affect them directly or indirectly.

Because of his sacred respect for this cardinal democratic norm, the governor and his administration have suffered all manner of vile and unwarranted attacks by persons who have an illusion of bravado in attacking leaders and their governments for political and or pecuniary gains. 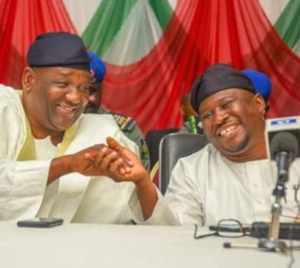 As we all know, no system operated by humans can attain total perfection. We also candidly believe that if there is any sphere where governor Ahmadu Umaru Fintiri has displayed unprecedented leadership, it is in the area of ensuring security for all.

For the purpose of this discourse, it will be apt to go back memory lane to recall the efforts made by the governor at ensuring security, peace and unity in the state because in their absence, nothing good could be achieved.

When the governor came on board, he met a state grappling with the worst form of insecurity; he met a state toiling with Boko Haram insurgency in its northern fringes, the dreaded Shilla boys in the state capital and environs, the farmers/herders lingering conflict, in Numan federation, the intractable Lunguda/Waja ethnic war that has defied solution for decades and the rampaging activities of kidnappers across the state.

The insecurity ravaging the land when the governor straddle the reins of power was just unprecedented.

Knowing that the state can’t achieve its potentials and his vision of taking it to the next level in the absence of security, the governor put a number of strategies and policies to ensure security for all.

We know that the first major project carried out by the Fintiri administration was the provision of about sixty new Hilux Toyota trucks and about seventy motorcycles which he gave to a state security arrangement codenamed operation Farauta. Like no other administration in the state, Fintiri has been extending unassailable support to all the security formations in the state and has also been supporting local hunters and vigilante groups across the state. 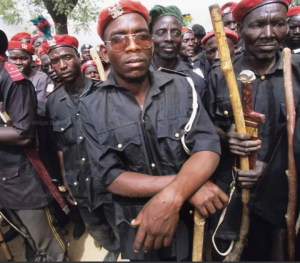 The overall impact of his intervention has led to drastic drop of Boko Haram attacks in the northern parts of the state; it has also led to the taming of Shilla boys in the state capital and environs; it has also resolved the long drawn battle between farmers and herders especially in Numan federation and has also reduce to the barest minimum, the activities of kidnappers and sundry criminals in the state. The governor has also tremendously worked to resolve the age-long ethnic strife between the Lunguda and Waja ethnic nationalities culminating in a town hall meeting convened by the governor which was attended by the governor of Gombe State and other relevant stakeholders.

What baffles us with the open letter by Gwanah is his attempt to paint the governor of taking sides with the warlords or maintaining a lukewarm attitude in the case of Lunguda/Waja ethnic strife.

Even the worst antagonist of the governor knows that is far from the truth as in his many interventions, the governor was known to maintain neutrality in all the conflicts that took place during his stewardship. It is on record that the governor has visited many conflict areas in the heat of exchanges of gunshots sacrificing his own life and safety to ensure amicable resolution.

It is also on record that the governor has on many occasions intervened to resolve the Lunguda imbroglio to no avail. It is therefore preposterous for anyone to accuse the governor of taking sides because going by his genuine interventions in many conflict areas, even the most virulent critic of the administration will give the governor a pat on the back for addressing the major security concerns afflicting the state.

If we may ask, what will the governor benefit in taking sides in the conflict?

In recognition of the governor’s sterling achievements in addressing the many security concerns in the state, the Nigeria Union of Journalists (NUJ), Adamawa State council, recently passed a vote of confidence for the government in the area of security. 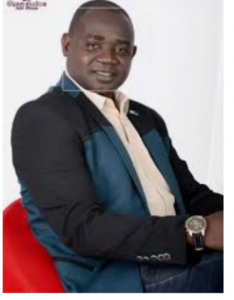 In its communiqué the NUJ poured encomiums on the governor for addressing the major security concerns in the state which brought tremendous stability and economic progress to the polity.

Like we said, no human system can attain absolute perfection and it is our humble belief that the journey to nationhood is replete with a number of hurdles. Governor Ahmadu Umaru Fintiri known for his dynamic and cosmopolitan world views will be ever ready to listen to alternative opinions and we believe he will look into the concerns raised here. 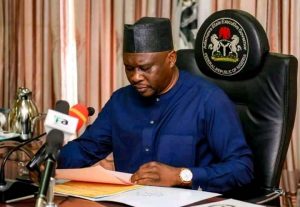 But one thing you can never ascribe to our humble governor is the inclination for double standards, especially when it comes to matters of security. Overtime he has shown that he belongs to everybody and belongs to nobody.

It is pertinent at this juncture to reveal that in order to undermine one man, Gwanah is trying to twist narratives around the tremendous achievements of governor Fintiri in this very important sector.

That is why in his rather regrettable discourse, Gwanah went so low to concoct fallacies, half truths and outright falsehoods to attain his odious ends.

But it remains an undeniable fact that the deputy governor, a man known for his unquenchable thirst for peace, unity and excellence could not in the remotest way be connected with any dastardly act let alone aiding or abetting violence against his people. If we may ask to what avail? 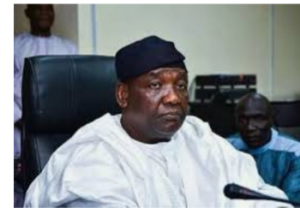 It is on record that the deputy governor in his efforts to bring peace to the troubled area, has severally convened peace meetings with the three paramount traditional rulers of the area including Hama Bachama, Homun Daniel Shagah Ismail, Kwandi Nunguraya, Kuruhaye Dishon Dansanda and the paramount Ruler of Waja in Gombe state.

But people with prejudicial mindset like Gwanah will neither see nor acknowledge such altruistic mission aimed at bringing an everlasting peace to the troubled area.

Therefore, the allusion of Gwanah to the effect that the deputy governor, Crowther Seth is taking sides or shielding a war lord in the conflict without verifiable facts is most unfortunate, painful, and disgusting.

As is usual with self acclaimed impostors who are hell bent at achieving their selfish agenda under the cloak of populist agitation, Gwanah slipped and missed the road when he said Lunguda people no longer believed in the Numan accord which was commissioned by no other than the governor himself as according to him, the reconciliation process was a charade. How some people could descend to the pit of ignominy to attain selfish goals beat our imagination.

It is pertinent to state here that Gwanah is a loner on this path of self imposed destruction, that is why he probably could not get the support of others who know the futility of his actions and know that he is on the path of ineluctable perdition.

While we sympathized with the Lunguda and Waja communities affected by the prolonged strife, we know that even the sponsors and perpetrators of the crisis are regretting their actions because of wanton destruction of properties and lives.

But emphatically, Gwanah should know that his crass vituperation as amplified in his open letter may jeopardize the effort of Governor Ahmadu Umaru Fintiri in investing for peace between Lunguda and Waja communities. 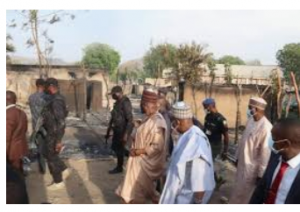 Now that relative peace is gradually returning to the areas, Gwanah should not trigger another round of bloodshed by accusing government officials mandated by Governor for an important assignment.

It is important to state here that the traditional rulers and all key stakeholders in Numan federation are highly united and fully in support of the deputy governor to ensure the success of this very important responsibility.