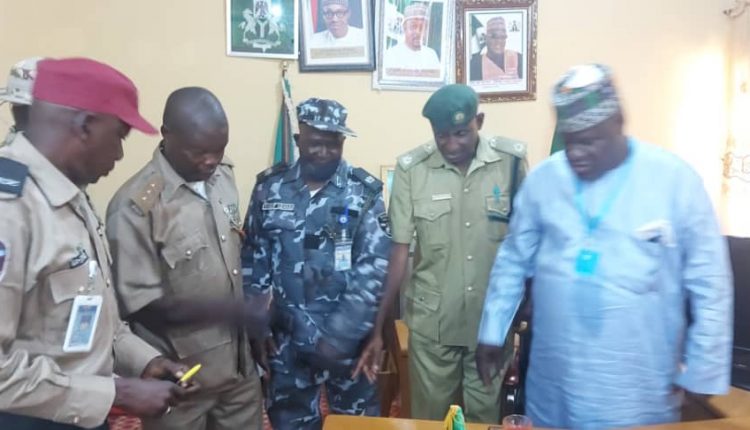 “We missed Admiral Nyako, the former governor in whose leadership the dividends of democracy were mostly recorded In Maiha; He would not have gone against Emirate Council recommended district head; he would not have dishonoured the court order”, Jalingo-Maiha youths say

The followers of Idi Usman Shehu the former governor Bindow appointed but courts rejected district head have on Saturday, heartily hailed the Adamawa state governor for “doing what is necessary; refusing to approve the appointment of Mahmud Abubakar as the legitimate district head of Jalingo-Maiha,” about three months with the determination of the Appeal Court that reaffirmed the High Court judgement that was passed in 2018.

The minority followers, while jubilating the development, said “the court order could not be binding on the governor whose Chief of Staff is a SAN at law with wealth of knowledge and experience in constitutional matters”.

The followers argued that they were waiting for the executive reinterpretation of judgement that would usher in their master to the stool he was initially appointed to man by the former governor before the court ruled otherwise.

This is coming at a time the concerned youth group of Jalingo-Maiha who temporarily suspended their planned peace pilgrimage tagged “Maiha maiden march” against the continued undue delay in the implementation of the Yola High Court judgement of 2018, upheld by the Appeal Court on 25th September 2020, relating to the appointment of their district head, following a peaceful conversation with the security officials in Jalingo-Maiha.

The youth group commended the Mubi Emirate Council for standing firm against all odds to justify the legality of the selection process and the legitimacy of the candidate; Mahmud Abubakar, they earlier presented to the governor, some years previously, for approval of appointment as district head of Jalingo-Maiha.

The youths have also commended the security agencies for maintaining peace, law and order in Maiha local government without bias.

The youths have hearkened to the call of the security officers to consider the possibility of thugs hijacking the protest from peaceful to riot and looting; proper observation of Covid-19 protocols would need to be properly addressed; the courts defeated, who might deliberately react in such a way that the peace pilgrimage could degenerate to bloody clash and the interference of the political class to want to exploit the protest by inciting violent clash were equally considered.

The composite of all would be capable of compounding the trend of insecurity in the district for which the legitimate monarch, having human feelings, would not wish to have the savage experience simply for his leadership sake.

“The youths wondered why would the state governors remain intolerant to court order for which they were beneficiaries?

the High Court has in the year 2018 passed a declarative judgement restraining the governor’s appointed from parading himself as district head. It has also ordered the state governor to approve the appointment of Mahmud Abubakar as the district head of Jalingo-Maiha. The former governor Bindow was highly intolerant to the court order that he failed to honour.

The youths have lamented that they missed “Admiral Murtala Hammanyero Nyako, the former governor of Adamawa state, in whose leadership the dividends of democracy were recorded in Maiha; He would not have gone against the Emirate Council recommended district head or he would not have dishonoured the court order”.

The youths have called on the good security officials to recommend to the governor to implement the court order just as they have presented superior, rather convincing security vocabulary, articulating the need to suspend the planned peace pilgrimage for a constructive conversation. A concerned citizen would reveal to the Periscope.

The security council meeting led by the Maiha council chairman, Hon Idi Ali Amin held on Saturday could have deliberated among other issues, the monarchy in Jalingo-Maiha, recommending that urgent need to implement the courts order by the state governor; to approve the appointment of the court declared, who was the Emirate Council selected and recommended district head of Jalingo-Maiha with a view to having a lasting peace beyond any politically motivated undue delay.

“The peace pilgrimage is temporarily suspended. However, fasting, Qunut prayers in individual houses, Qur’anic recitations and other supplications, seeking for Divine intervention against anyone and/or group of conspirators contributing to the delay in the implementation of court judgement relating to the monarchy in Jalingo-Maiha have started today in Maiha and beyond. It shall not be stopped until the mission is accomplished, In Sha Allah, while peaceful means of conducting peace pilgrimage, without any conflict with law, are being explored,” the concerned youths disclosed.

Tennessee nurse passes out after getting COVID-19 vaccine