Re: Yobe Youths Call For replacement of DSP Hassan Misau as ADC 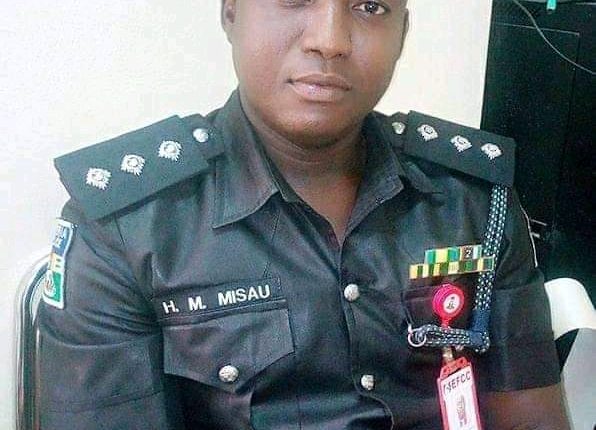 The concerned Yobe citizens have reacted to the call by the Ali Abbas Gaidam led Yobe youth group, for the removal of ADC to Yobe state governor, DSP Hassan Mohammed Misau.

The citizens have considered the youth group’s agitation as rather arbitrarily, self-centered, yet arrogating to itself the perception of the Yobe citizens, as obnoxious, outrageous, inept and uncritical, especially at this moment.

“The recent posted piece titled ‘Yobe Youths call for immediate replacement of DSP Hassan Misau as ADC’ is unethical and uncalled for. DSP Hassan Misau is a police officer assigned to HE Hon. Mai Mala Buni to serve as a personal assistant, security wise, politically, socially and otherwise.

DSP Hassan Mohammed Misau before now, has served in various capacity as police officer and has delivered diligently with little or no supervision, without being biased or unprofessional in all his assigned duties,” the Yobe citizens said.

The citizens group described Ali Abbas Gaidam as self-imposed leader of Yobe Youths bent on setting the stage to libel against DSP Hassan Misau by going to the press with a false accusation of self-supremacy.

“Unlike the well behaved, loyal and obedient youths of Yobe, we refuse with all totality to inject Abbas Gaidam’s personal and glorified opinions, speculations, biased and one-sided interpretation or make any attempt to conflate fact from fiction?

“Whoa – is this how mountains are made out of mole hills? What deviousness!

“The allegations, claims have but only demonstrated ignorance of who DSP Hassan Mohammed Misau is and what ADC stands for and how he operates.

“Ali Abbas Gaidam,s led group’s allegations only demonstrated a misunderstanding of elementary facts and logics of issues that concern the security of the governor, a pandemic that has been a threat to the country.

“This is clearly another perpetrated and orchestrated attempt to dent both the image and relentless efforts of DSP Hassan Misau.

“We believe some embittered group interest are behind this culpable act.

“We’re advising the brains behind this, to desist or face the wrath of the law for blackmail and defamation of character,” Concerned citizens warned.

OPINION: No Southernersl can endure oppression, annihilation northerners endured in the south In the name of peace