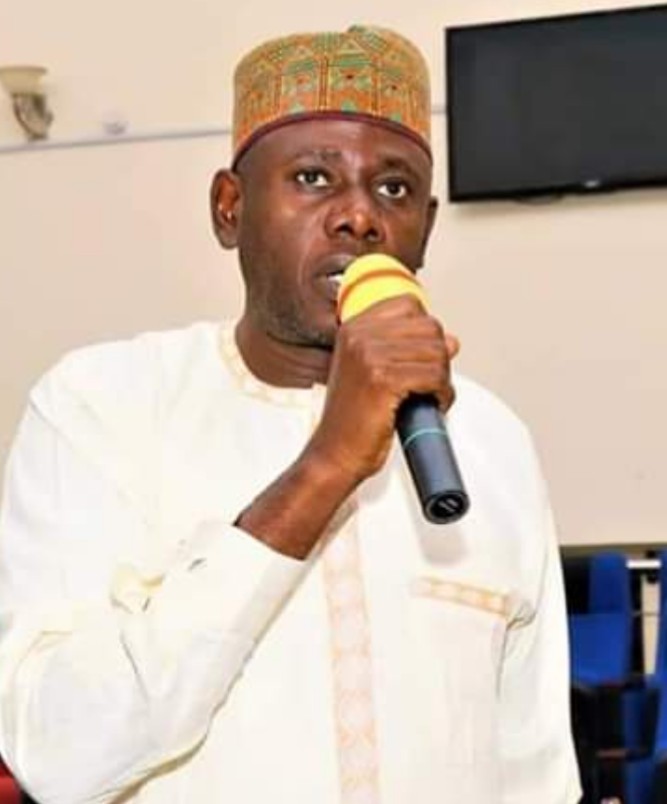 I have had prior information of the nomination from an undisclosed source that was not digital defining deception. The development was to be independent of my interference for any leakage of that which I was not a party, for any cheap popularity.

I found it difficult to send a congratulatory message before and after the wearing in. The appointment, I thought, would need to be blessed in prayers against disappointed than a merited merriment.

The challenges were as immeasurable as the rot could get to define. The potholes laden road leading to the Adamawa Television Corporation ATV Yola and Gotel Communications will be capable of reducing any vehicle off the road. I have had disastrous, distasteful, rather unpleasant experiences with my vehicles when invited for a live discussion programmes.

It is not only the near unmotorable, as though colonised by erosion road, broadcasting equipments in ATV Yola are in a disappointing state of disrepair, with some wearing the worn-out look of analogue, far from being in tune with the quest to get the television station digitalised.

But for the startime satellite, ATV would have been off air. And even with the startime, everything about television station, is a recorded work. This shamefully includes news broadcast. The live in the station’s programmes, is lifeless.

That’s how Ibrahim Buba the active acting GM met it. The committed gentleman will need support to fix it.

The editorial board of the state weekly paper and in fact the Scope in general, require a holistic system review to be able to weed away those lieutenants of dissention who take hate speech as a theology to evangelise, mischievously for a news.

There is the quackery in the media practice as much as over 90% of the public relations officers with the state and local government authorities are not NIPR certified, hence illegal.

Dr Umar Garba Pella the newly appointed commissioner for information and strategy is not only a friend, a colleague in academia, he is also a worthy brother.

The first thing he asked me, ignoring the fact that I have not congratulated his new appointment, was whether or not I was still in the country. “How’s the Periscope?” He finally asked.

A message is sent loud and clear for those who could to reflect.

In 2015, Dr Pella, then a lecturer with Adamawa State University ADSU Mubi, was invited to give a talk at a dinner in honour of the former governor Muhammadu Umaru Jibrilla Bindow, celebrating his victory at the poll.

Dr. Pella has defined Adamawa and the nuances of her elites. Bindow was eventually to suffer disappointments that claimed the previous governors articulated by Pella.

Dr Pella is now appointed to serve as a commissioner, who would think of taking Adamawa state beyond 2019 election as another agenda for the elites in the state to reflect.

Has the 2015 beyond election dinner talk been reflected for a celebration beyond 2019 election?

This part of the piece will reflect Dr. Pella’s 2015 dinner talk. It was published in one of 2015 the Periscope editions. Where did Bindow miss it and whether or not governor Fintiri has taken note of it.

I feel humbled and privileged to be called upon to give a talk here. Humbled because I consider myself less qualified for this task; privileged because dinners especially, political ones like this, are hardly convenient venues for this kind of exercise. This is therefore an opportunity.

To this, I thank the organisers of the occasion for thoughts into the fact that as we descend on our food, we also require some intellectual stimulants to water down the meal and trigger further discourse on our development and polity.

I am particularly fascinated by the choice of the caption for this item on the programme – “Philosophy Appetiser.” This is a brilliant innovation that I must admit, tripped me.

Again, I am grateful to the organisers for the cherished liberty to choose what I want to talk about.

I must state that the choice of what to say here was not imposed on me by anybody and therefore whatever feelings and reactions it might elicit and generate at the end of this presentation, will remain my sole responsibility.

The 2015 election has come and gone. Nigeria has surprised the world once again. We have proved dooms gazers and self-appointed security alarmists who predicted our rupture by 2015 not only wrong but disappointed.

We have not only given the world a peaceful election but one of the best in electoral records. In Adamawa, we have also demonstrated a collective resolve for change that we hope will be total.

Your Excellency, while I congratulate you for your success at the polls and subsequent assumption of office as the Executive Governor of Adamawa State, I want to use this opportunity to quickly call your attention to the fact that beside the traditional challenges you might have met in the office upon assumption; such challenges as lean resources, high debt profile, over blotted and docile civil service, infrastructural decay, etc, the most daunting will be presiding over a fractured elites. Ours is a state with a lot of elite potentials but stripped of political and socio-economic agenda.

Politically, it truly remains a paradox that while Adamawa parades a collection of one of the most sophisticated Elites; from successful business moguls, to outstanding academics, technocrats, bureaucrats, military and politicians with the finest cosmopolitan mix, we have lost the capacity to manage our exposure and do the simplest thing – govern ourselves. And because we can’t govern ourselves well, we have always wasted the closest opportunities we have had to give Nigeria a president.

From 2007 to 2011 and 2015; from Atiku to Marwa to Ribadu and Atiku again, the situation has remained the same; the greatest saboteurs of our attempt to produce a president for Nigeria has been ourselves. While the rest of the country are willing to trust our bests for the leadership of Nigeria, we have woefully failed to project and protect our own.

Just like we relish pulling down our best when we are close to ruling Nigeria at the national level, we also delight in setting booby traps for our governors when we elect them.

We hardly give the governors a chance to succeed. For the past sixteen years, elites’ political mudslinging has not allowed our governors to fair well. And the casualty has remained the state.