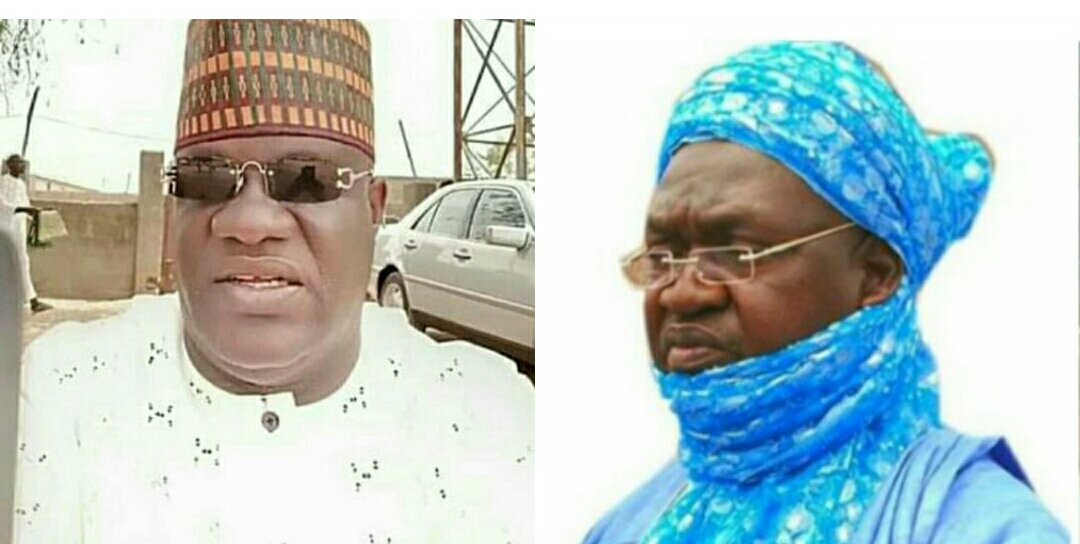 The rule of engagement for peaceful coexistence in peaceful Maiha is simple; respect the law, respect the constituted authority by loosening the veil of arrogance that bludgeoned one into romance with contempt of court and violation of executive orders.

It appears that Idi-impostor-Wakili-executive-order-violator-Usman-never-wants-peace-a-space-Shehu-in-Jalingo-Maiha-coexistent-district, is up to some kind of fitna on Eid-El Fitr.

Jalingo-Maiha district was not expecting any Idi but the Hon. Chairman, Idi Ali Aminu with the commendation for his efforts to restore electricity in the local government headquarters that has been in blackout for about a year and that which the overambitious Idi Usman the impostor Wakili Shehu would not call on the previous leadership of the LG to fix, but to be supported in the metaphor that defined the contempt of court and the conspiracy that ridiculed the executive orders.

The Maiha citizenry is impressed with the chairman’s efforts and would be remembered for grading almost a forgotten federal government road from Mayo-Nguli to Belel, to serve as reawakening, as a challenge to the lawmakers representing the constituency at the National Assembly to do the needful.

The People of Maiha are impressed that the earlier distribution of food items as palliatives to the most vulnerable families, were effectively and efficiently coordinated by Hon. Idi the Chairman who ensured adequately security to the officials shouldered with the delivery and distribution of the palliative food items.

The people of Maiha have not only read, they have equally seen a brand new, donated mobile clinic ambulance presented by the wife of the state governor to the Maiha LG chairman as a prelude to the departure from the dysfunctional healthcare service translated as former Governor Bindow’s legacy.

Bindow merely and only renovated? Maiha cottage hospital without providing medical equipment and consumables, without employing medical and healthcare personnel to man the health facility.

Other than the “renovation,” Bindow has not executed any meaningful project in Maiha even when he claimed the indigeneship. Some said that he has not even visited the local government after the 2015 election.

Worst still, taking a departure from his parents, Bindow has sown a seed of discord where sword has long been sheathed, metaphorically sworn to distort an established monarchical order in Jalingo-Maiha district by appointing as district head, one whom the crown is never to size, as was determined by court order and that which Bindow as a governor, failed to honour but that which translated his tragic flaws.

A Yola High Court has quashed Bindow’s appointment of Idi Usman Shehu “a butterfly that calls himself a bird,” moralising Prof. Ola Rotimi’s “The Gods Are Not To Blame,” as the district head of Jalingo-Maiha.

The court order has forbade Idi Usman Shehu, a lineage to a village head, to stop parading himself as district head of Jalingo-Maiha and that Adamawa governor should appoint Mahmud Abubakar Suleiman the heir to Ubandoma as the legitimate district head.

Bindow would not honour the court order and Idi has got an executive ticket to key into the romance with the contempt of court order.

Bindow was not to succeed himself as a governor. Fintiri the new governor earlier directed that court order should be honoured in the case of Jalingo-Maiha district.

The stay of execution pending appeal would not be honoured. Idi was said to have manipulated his way with the former permanent secretary chieftaincy affairs, now retired, even though she claimed not to be tired, to twist the executive directive but was however subdued against parading himself as district when he opted for violence as a means to the throne he was thrown out of the Bindow’s window.

Every time when it comes to celebrating the Eid, Idi would manipulate his way for but aborted scandal in Jalingo-Maiha by presenting himself as district head. Under whose influence? This takes another story.

For peace to reign, bearing in mind that Idi Shehu Usman is on bail, facing criminal charges with his thuggish group for using dangerous weapons against unarmed Ummah on a Friday, during Jumuat prayer, Idi was said to be disallowed by the security from going and participating in any activity in Jalingo-Maiha, associated with the district head.

Some youths apologetic to Idi, were heard insinuating in Maiha that they were raising funds for the homage to the Emir of Mubi by Idi Usman Shehu to be granted permission to head the eid prayer in Jalingo-Maiha.

Whether or not it was a mere rumour, Idi Usman Shehu is now in Jalingo-Maiha. The questions to be asked are, as who and with what motif?

The Lamurde communal clash in holy months of peace, patience, perseverance, sharing, love, sympathy and mutual coexistence is enough an experience never to be repeated anywhere unless otherwise there is a conspiracy against the present government.

The youth in Jalingo-Maiha are already saying never again will they tolerate the excesses of Idi Usman Shehu, the Bindow appointed but court rejected district head.

“Idi Usman Shehu is now in Maiha. The Youth in his company are saying that he first went to the Emir of Mubi to be granted permission. We don’t want to know how truth it is. We simply don’t know from where he comes from. Therefore he must have to be subjected to self-isolation for two weeks, going by NCDC recommendation with a view to containing the covid-19 pandemic,” a youth said.

“Is Idi Usman Shehu trying to spoil the atmosphere showcasing the progress of the Hon Chairman, Dr. Idi Amin? Why is he in Maiha now when he shouldn’t be, to disrupt the peace, mutual coexistence, progress and development?” An elder in the community asked.