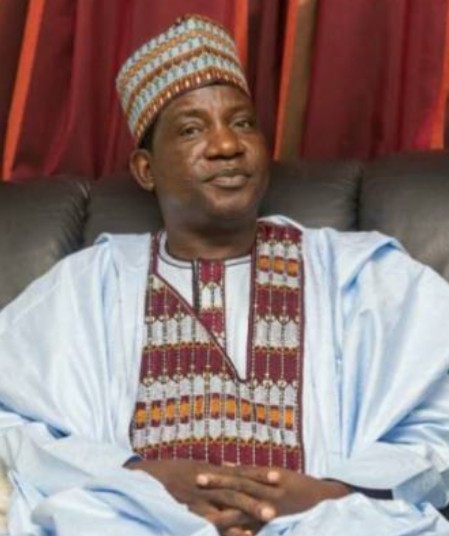 By the Periscope reporter///

A group, Autochthonous Persons of Jos (APJ), has condemned Governor Simon Lalong’s appointment of a Housa-Fulani and candidate of the All Progressive Congress (APC), Shehu Bala, as the management committee chairman for Jos North Council Area.

Nyako who was apparently flanked by community leaders of Afizere, Anaguta and Berom said they were ready to die in defence of the land bequeathed to them by their forefathers.

“We want to state in clear, unmistakable and unambiguous terms that we reject and condemn the suppression of our franchise in Jos North local government among others.

“The imposition of a non-indigene who also doubles as the APC candidate during the pendency elections completely rubbishes global best democratic practices, it is illegal, unlawful and unconstitutional.

“It is a great disservice to our people in particular and indeed Plateau State in general as it has the capability to breach peace in the tin city. It makes a mockery of Governor Lalong’s pillars of his purported three-point agenda.”

Commenting when the Periscope sought for his opinion in Bordeaux, France, Ticker Tecsticker the Critical Thinker, technically countered that it was lamentable the Autochthonous Persons of Jos APJ was claimed by sentiment directed against integration as myopically presented by their unguarded, disgruntled and uncritical protest.

“You disown and dishonour an indegene whose great grant parents have lived with you for centuries, who was born among you for more than three decades because of tribe and perhaps religion! It amounts to a barbaric thought beyond mideaval period.

“The world has gone beyond electronic defining its near end for God sake; Barrack (black) Obama whose father hailed from African Kenya with and Arab mother, ruled America owing to citizenship.

“There are Nigerians who hold key political positions in Europe and America where they could have been descriminated against by APJ myopic idea about citizenship.

“Go to Imo state, you find a Hausa-Fulani holding political position of responsibility; likewise, Igbos man political positions in Kano and so with other states in the country that accommodate the spirit of unity in diversity as it’s cherished beauty and detribilising the country as an entity.

APJ should better find out what indigenship means in Nigerian Constitution, lest its blind members go into conflict with the law they can’t defeat,” Tecsticker said.

Meanwhile, there was report of an uneasy calm in the state, as youths have protested against the continued appointment of transition committee chairmen in Jos North, Jos South, Riyom and Barkin Ladi councils.

The youths have in media briefings, expressed their disenchantment with the caretaker committee chairmen being constantly appointed by Governor Lalong, claiming insecurity for his action.

Though The youth have planned a protest for Monday, they were however betrayed by some moles in their midst, which led to a leak of the plan to the state government.

In a statement issued Monday by Commissioner for Information and Communication, Dan Manjang, the state government said its attention has been drawn to a planned protest by some individuals with regard to the recent constitution of four transition management committees in the councils.

It reminded members of the public that the law banning public procession was still in force and that security agencies have been adequately informed and mandated to be on the red alert to deal decisively with any miscreants bent on truncating peace in the state.

Manjang also enjoined the people of the state to distance themselves from any unwholesome behaviour and advised any aggrieved party to seek redress in a constitutional and civilised manner.